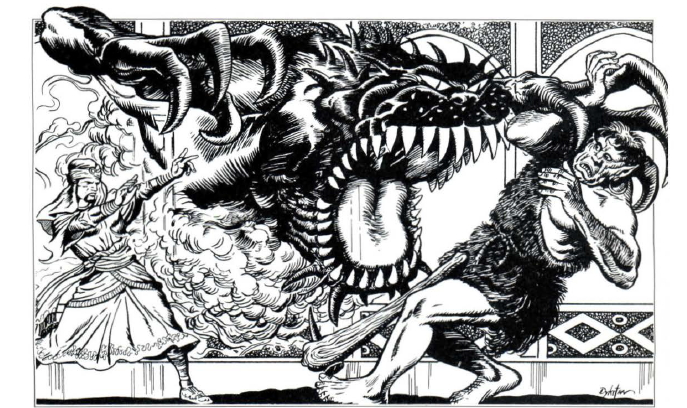 I really, really want to run a new game for my friends, but I am still not sure if I am a) ready for it and b) what I should pick. You know, I majorly burned out on running games. I tried to take up the gamemaster’s mantle several times during the last months and it always ended in me cancelling the whole thing after a few sessions.

So, instead of making concrete plans, I am looking for advice which might help me to get into running roleplaying games again and I also want to try out new things which will hopefully help me avoid old mistakes. One thing I have been eyeing for a while is a D&D-based sandbox campaign. Since I found 5th Edition too much of a hassle for me, I decided to give BECMI a try. I picked up a POD copy of the Rules Cyclopedia a while back, and I own the various boxed sets in digital form, so at least the mechanics side is covered.

I haven’t really run a sandbox campaign yet, but I’ve played in a long-running Mutants: Year Zero game, which has strong sandbox elements. I’ve also read various posts about how to run hex-crawls and sandbox campaigns, but I am still not sure how and where I should start with my preparations.

This is where I stumbled upon some posts written by Michael S. aka ChicagoWiz. He’s a veteran D&D GM and I worked with him in the past. Here are the posts I recently put onto my “to read” list, and I am pretty sure some of you could also learn from them:

By the way, these posts are on his old, inactive blog. For newer posts including a couple of three hexes campaign starters, check out his new blog!