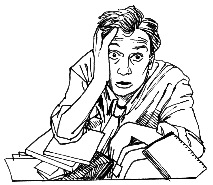 During the last weeks I posted about my plans for a Diaspora game using Mass Effect as a setting. I still love the idea and I have a lot of great ideas on how to make such a campaign work, but at the moment I feel unable to actually proceed with the plan. In April last year I already talked about my mental health issues and at the moment my anxiety issues are flaring up again. In the last days I felt as if I had bit off more than I can chew at the moment. The last thing I currently need is feel to be stressed out by my favorite hobby.

Instead of just taking another break from GMing, I decided to run something else. Diaspora is one of my favorite Fate versions, but it’s still a system I am not 100% familiar with. I’ve read a lot of Fate-related material but I am far from being an experienced Fate GM. My players haven’t played Fate at all, so switching to another game system, made a lot of sense to me. After putting some thought into it, I decided to give Stars Without Number a try. The rules are pretty easy and feel very similar to older editions of D&D. It’s a gameplay we’re all familiar with and that makes GMing for me much, much easier.

I also think using Stars Without Number’s included setting is easier to run than a Mass Effect campaign. I don’t have to worry about getting things “right”, there’s no canon I have to deal with. The setting in Stars Without Number is a big sandbox for me and my players to play in. I can easily plug in elements we find interesting without breaking anything.

I know that a lot of fears and doubts I am having right now are unfounded. But there’s currently not much I can do about it, aside from continuing my therapy and make things easier for me. Wish me luck! From what I’ve gathered so far, mental health issues are quite common in our hobby. There are also a lot of game designers and bloggers dealing with depression, anxiety, and other mental disorders. It seems to be the curse of the creative ones.

Have you dealt with mental health problems before? Did your mental health affect your hobby as well, and what did you do to make things easier for you? As always, every comment is highly appreciated.