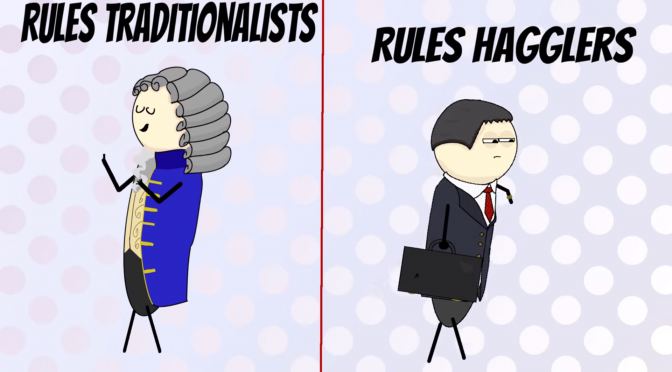 We all know the kind of player who constantly gets into rules discussions with the GM. These players are often called rules lawyers. But I recently stumbled upon a YouTube video by a guy called Ben who argues that there are actually two kinds of rules lawyers, and while the one kind just wants to play the game rules-as-written, there’s a second kind who bends the rules to fit their wishes.

What are your thoughts on rules lawyers? Please share your comments below. I also highly recommend to check out the other videos on this channel. Some of the D&D stories are hilariously funny!

Yesterday I attended the Role Play Convention 2012 in Cologne. I actually didn’t intend to go there at all but then I had the opportunity to join Marcus Burggraf (aka ChaoticGM) and his friend Thomas, which made the whole trip much more enjoyable than going there alone. 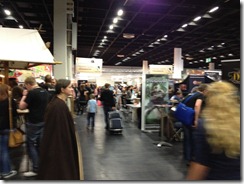 The RPC is not a convention exclusive for pen & paper RPGs but also for other facets of the hobby including LARP and computer games. Although I am an avid computer gamer I was not really interested in what that part of the convention. And in addition to that I felt that the section of the fair hall was way too loud anyway. 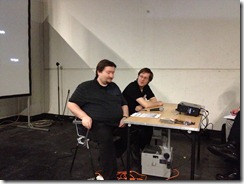 It was my impression that the number of attending pen & paper roleplaying game publishers and vendors was a bit higher than at SPIEL in Essen. Alas aside from from a few exceptions (Q-Workshop, Chessex and Profantasy Software) I  didn’t notice any major non-German exhibitors, so even though RPC is supposedly the largest gaming convention in Europe, it feels terribly local. 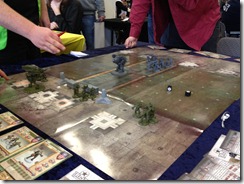 There were also a couple of workshops you could attend at RPC, but alas the rooms set aside for that purpose are in the fair halls themselves and even with microphone and loudspeakers it was sometimes hard to understand what people were saying. The organizers of the convention obviously don’t think this is an important part of a convention that size.

Several exhibitors offered the opportunity to try their games and we took the chance to play Dust Tactics. That is Marcus and Thomas played while I watched and munched my cheese and cucumber sandwiches. I was terribly tempted to pick up a copy of that game, but alas I didn’t have enough money with me and I don’t know enough people who would play it with me anyway.

From what I’ve written so far you might have gotten the impression I didn’t enjoy myself. But that’s definitely not true. I had some great conversations with a couple of people from the German RPG scene including Patric Götz (Uhrwerk Verlag), Robert Hamberger (the author of the new RPG Contact), Rouven Weinbach (who is an old friend now writing for 13Mann) and others. At the end of the day I actually almost lost my voice and even today my throat feels as if I have gargled with razors. Yikes!

I picked up two games at RPC this year: Contact, a UFO conspiracy RPG with a lot of tactical combat options that was obviously inspired by the XCOM computer games series, and Aborea a RPG actually meant for beginners that comes in a nice cardboard box including the biggest and most good-looking map I’ve seen included in an RPG for a long time.

Both games are in German language, but at least in the case of Contact the English version is already done and the author is currently looking for a publisher. As soon as I have read both games I’ll post short reviews here on the blog.