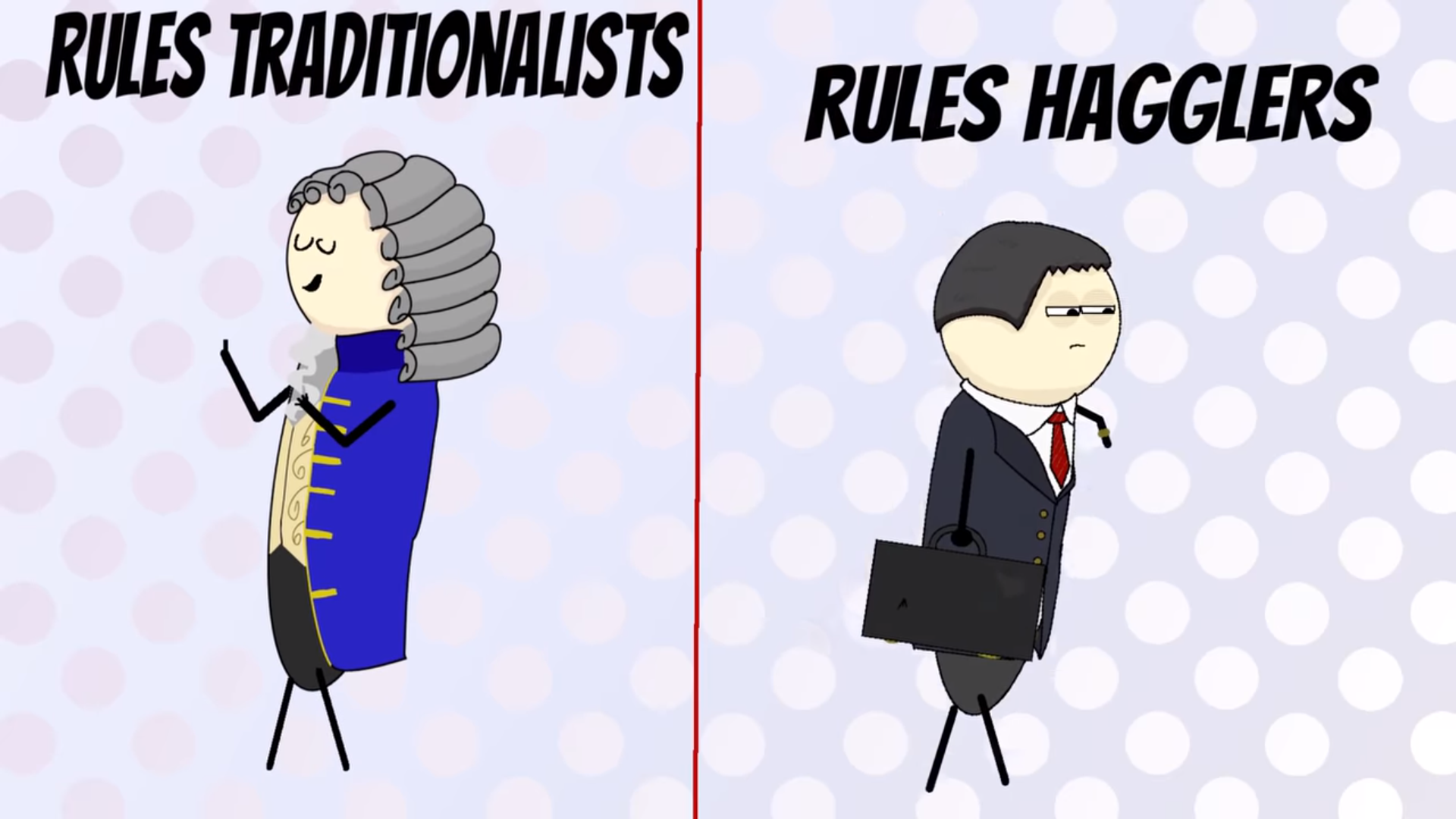 We all know the kind of player who constantly gets into rules discussions with the GM. These players are often called rules lawyers. But I recently stumbled upon a YouTube video by a guy called Ben who argues that there are actually two kinds of rules lawyers, and while the one kind just wants to play the game rules-as-written, there’s a second kind who bends the rules to fit their wishes.

What are your thoughts on rules lawyers? Please share your comments below. I also highly recommend to check out the other videos on this channel. Some of the D&D stories are hilariously funny!