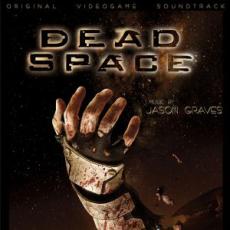 Dead Space is a SF-horror-themed third person shooter for the PC and several gaming consoles. I had the opportunity to play the game for a couple of hours recently and the first thing I thought was “Wow! This would make a great horror adventure for pen & paper roleplaying!” and shortly after that I decided I had to get the game’s soundtrack for my roleplaying music collection.

The Dead Space soundtrack was composed by Jason Graves and is available via iTunes (I haven’t found it as a CD release yet). The complete album costs 9,99€ and is available as DRM-free iTunes Plus.

The first two pieces “Dead Space Theme” and “Welcome Aboard the U.S.G. Ishimura” start off pretty slow and make use of violins and woodwinds. The music sets a serene but eery and foreboding scene. The third tracks “The Necromorphs Attack” gives you an idea of what to expect with 50% of the soundtrack. “The Necromorphs Attack” makes heavy use of fast percussion and sawing violins.

The following tracks are either slow and serene like the first two or of the disorienting and discordant kind like “The Necromorphs Attack”. Especially “I Left My Heart In Med Lab 3” almost turned my stomach just by listeing to it. That’s exactly the kind of music you need to set the mood in a combat-heavy horror roleplaying game.

In a lot of ways the soundtrack reminded me of the “Aliens” soundtrack (One of my favorite choices for background music in SF-horror RPG sessions). I think I will make use of the “Dead Space” soundtrack in my upcoming “Dark Heresy” session. And I am pretty sure I will have my players at the edge of their seats all the time. 🙂

Someone has uploaded the complete soundtrack to YouTube, so you can check it out there, or just play the embedded video below. If you like what you hear, you really should buy the album via iTunes or ask your local dealer for the CD. It’s worth every penny (or cent)!

Get 20% off of selected titles at DriveThruRPG this month

First Look: The Frontier by One Dwarf Army