One of the RPG Blogs I’ve subscribed in Google Reader is the german blog Rollenspiel-Almanach. Today a post about Swashbucklers of the 7 Skies grabbed my attention. I actually haven’t heard of that game before but I immediately saw flying ships and sky pirates in my mind’s eye. The post linked to a post by Evil Hat Publishing’s Fred Hicks who is obviously working on the layout of this upcoming game where he showcases two fully layouted pages. 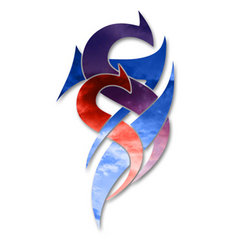 So, what’s Swashbucklers of the 7 Skies about? Here’s an excerpt from the Atomic Sock Monkey website:

Skyships ply the 7 Skies, soaring from Cloud-Island to Cloud-Island for conquest, espionage, trade, and piracy. Kingdoms clash, cultures collide, and secrets abound. Heroes and villains roam Above the Blue, seeking action, intrigue, adventure, and style. Will you be one of them?

Wow, that sounds really intriguing! The game is driven by the Prose Descriptive Qualities (PDQ) System Core Rules which reminded me a bit of FATE. I had to admit that I haven’t had the time to check the PDQ rules out completely but PDQ’s Qualities (or Fortes as they are called in PDQ#, the Swashbuckling version of PDQ) have a lot in common with FATE’s Aspects, but that’s perhaps just me. You can get both the PDQ and PDQ# rules as free PDF documents on the Atomic Sock Monkey website’s Freebies section.