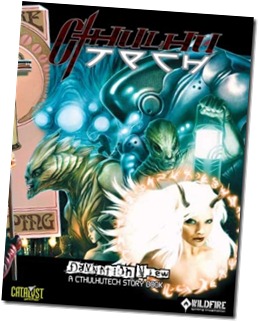 Recently I was given the opportunity to review Damnation View (RPGNow Affiliate Link), the first storybook for CthulhuTech. Some of you may remember that I reviewed the CthulhuTech core rulebook in October 2008. Alas I haven’t had the opportunity to actually play the game, but I when I had the chance to read another CthulhuTech book I didn’t hesitate a second. The strange marriage of H.P. Lovecraft’s Cthulhu Mythos and Japanese anime series is just too intriguing to ignore.

So, what is Damnation View? Damnation View is the first in a series of storybooks that provide game masters (or Storyguides) with information on what happens in the CthulhuTech metaplot during the eventful year 2086. But even if you don’t want to follow the metaplot, there’s more than enough stuff in the 148-paged book (please note that this review is based on the PDF version of the book). Since this book is mainly meant for the use of GMs I will try to keep this review as spoiler-free as possible.

As with the CthulhuTech core book the artwork in Damnation View is top-notch and the layout is pretty clean. Some of the fiction sections in the book are in white letters on a grayish background which can be a bit hard on the eyes. But that’s just a minor quibble. The overall production quality is great. 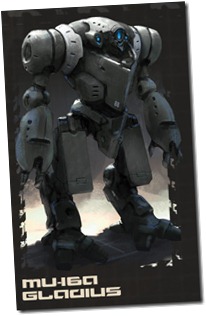 The book contains five chapters containing minor and major plots that the GM may use in his campaigns, background information on the world of CthulhuTech (like what’s the latest fashion in 2086), ready-to-use NPCs, new types of monsters, and new technologies. Between the chapters short fiction pieces help the reader to better immerse into the world of CthulhuTech. Even if you don’t want to use the meta plot, there’s enough stuff in that book that would justify the purchase.

The plots in the book contain enough information that an experienced GM could run them as adventures or series of adventures with no or almost no preparation. Each plot is divided into three acts. For each act the book provides a list of goals (what the players have to achieve), a setting (where the action takes place) and a list of cast (which NPCs play a role in this act), important plot points, and detailed stats for friends and foes alike.

Although there’s a complete campaign hidden in that book it’s not as fully fleshed out as in other books of that nature. And that’s actually a good thing. The Storyguide (or GM) is free to use the plots, ignore them or use them as backdrop for his own adventures. And when he decides to follow the metaplot he still has the freedom to make the stories his own. 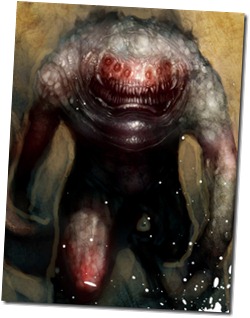 Damnation View is definitely a book that makes me want to run a  CthulhuTech campaign. The plots and background information provided in the book make it much easier to run a campaign following the metaplot or creating your own adventures. And even if you don’t like metaplots there’s a lot of material any CthulhuTech GM can use. If you are a player, you probably should avoid buying Damnation View unless your GM doesn’t intend to use it in his campaign. It’s practically impossible not to be spoiled.
But I wholeheartedly recommend Damnation View for everyone interested in running CthulhuTech. You can currently get the PDF version at RPGNow for just $25.

Want to learn more about CthulhuTech? Read on…