Today I finally finished the work on my new site, dedicated to the roleplaying games, settings and supplements I created over the last one and a half year. And don’t worry, I am not going to commercialize my works. Everything is still free and licensed under Creative Commons. 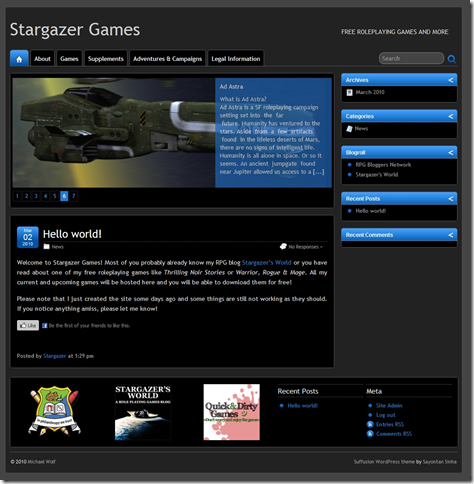 On this new page you’ll fine all the games I’ve designed so far, my SF campaign setting Ad Astra and  my one page dungeon “The Horror of Leatherbury House”. Please let me know what you think about the Stargazer Games site. Every comment is highly appreciated!