I just took this quiz over at Quizfarm and now the truth is out: I am the Great Cthulhu! So bow before me, or I will swallow your souls! 😀 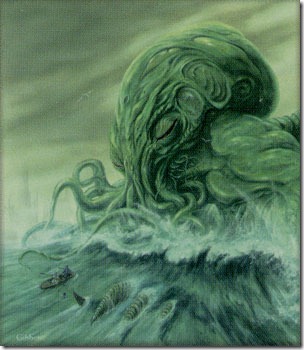 You Scored as Cthulhu

You are Great Cthulhu! You lay and dream at home (or the beach) most of the time but one day (when the stars are right) you will suddenly have the power to get out there and show the world what youre made of! Lets hope you dont do too much damage……

So, tell me, which Mythos god are you?