August 28: What film or novel would you be most surprised that a friend had not seen or read?

Here is what the RPG a Day 2016 topic list says about today’s question: “We all have ‘shelves of shame’ full of books or films we want to read or watch, but have not. What would you be most surprised to learn that a person in your game group had not seen or read?”

I like the concept! “Shelves of shame” of books or films we haven’t gotten around to reading or watching. I can certainly empathize, definitely going to use that again. This is a curious question because if I had answered it fifteen or twenty years ago it would have been easier. As far as books go The Hobbit and the Lord of the Rings, movies would be Star Wars and Conan. These days, well it’s not so cut and dry; let me tell you why… 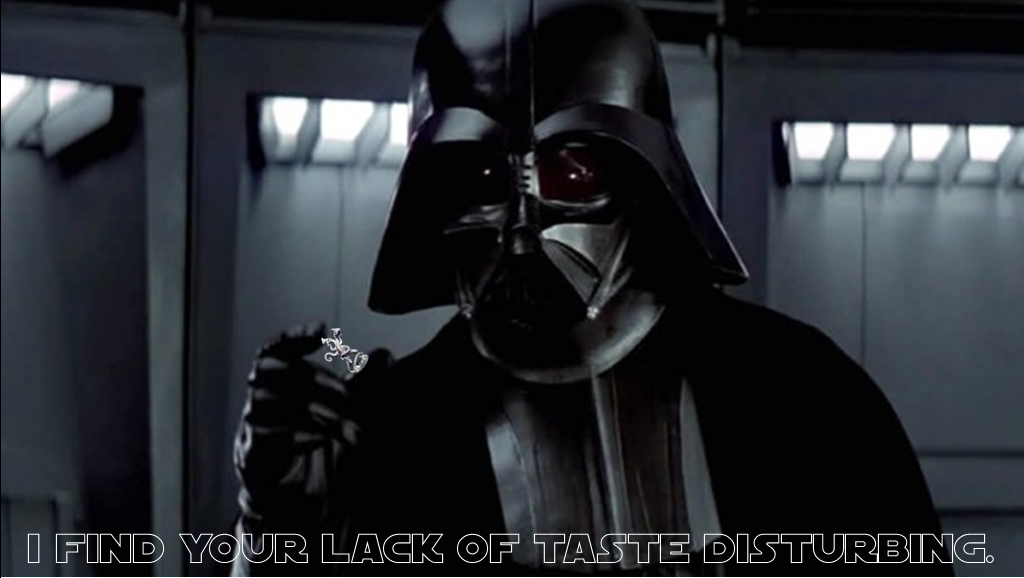 Role Playing Games are 42 years old, me I’ve been gaming for 30, the RPG hobby had existed for twelve years before I began playing, but back then there was still a shared experience, many of us read or watched the same stuff. Most read Tolkien’s works, many read Howard’s Conan stories. Star Wars is still a cultural landmark, but back then there were no DVDs or many other media properties tied in to the franchise, the hardcore fans shared a different experience of the movies than the casual moviegoer.

But the thing is, our geek culture exploded into the mainstream, video games, TV, movies, they all share with the masses what we enjoyed in our little niche group. Superheroes, fantasy, and science fiction shows, movies and games are all the rage now. We can’t even keep up with everything. What are some of the most popular shows on TV? TV series based on a comic book about the zombie apocalypse and another one based on a fantasy book series. Thirteen year old me would not have believed it if you told him!

I’m not one to lament that fact. Some people bemoan that what we loved is now the norm. On the contrary I am glad! But it does mean that when I sit down to play a game I can’t assume the other gamers at the table enjoy the same books or movies I do. Of course there are some common ones. Most people have seen the LotR trilogy, not so much read the books; Star Wars also, but there are gamers who grew up with the prequels and don’t find them as abhorrent as we old timers do, and most have not only watched the movies but played video games set in that universe. The Marvel movies seem ubiquitous. Some RPG players came to the game from console or computer gaming unlike us who went from the tabletop to the electronic dungeon. A whole generation grew up reading Harry Potter, watching the movies, while I’ve only seen a few of the films and never read the books.

Diversity is a good thing! It just means more varied experiences and expectations at the gaming table. So I try not to judge and not to preconceive. Not having seen the big ones I mention above might take me aback. I’d be really surprised if a friend hasn’t seen the Lord of the Ring movies, at least a few Marvel movies and most likely Harry Potter. I think many in the younger generation have read Potter, more than Tolkien these days. But I would not be surprised if a friend tells me that the main impetus for them to play an RPG is because they played Final Fantasy X, Y or Z. Or that someone knows about Cthulhu because of a video game, not because they read Lovecraft. And that’s ok; I won’t judge them for it!

Diversity is a great thing, and we should to embrace it in our games. Don’t judge someone because of what they have or haven’t read or watched. Whether they LARP, their gender, sexual preference, or their favorite game for that matter! We’re all one big family of gamers, and I’m happy to be here with all of you. What an amazing time, it’s cool to be a gamer… We’ve all come out of the basements and into the light!

Well what do you think? Let us know what you think in the comments. Enjoy the rest of the weekend. See you tomorrow for the antepenultimate post of RPG a Day 2016.