We’re on the final stretch here on #RPGaDay 2016. Last Saturday post of the challenge (and probably for a while here in the blog, Saturdays are not out usual posting days) and its time to start sharing some of the news I’ve been hinting at the last couple of days. Details on the post below…

August 27: Describe the most unusual circumstance or location in which you have gamed.

Let me think, an unusual location or situation? I guess I’ve been lucky to have regular places to play, none which seem too unusual. Typically at home for many years, then at friends’ homes. FLGS with spaces to play have not been common until recently here in Puerto Rico. We played at the table at first, but then began playing around the coffee table sitting on sofas and recliners, and are currently again around a table, full circle I guess!

I’ve also played in parks and gazebos during geeknics hosted by Puerto Rico Role Players. But I never indulged in those stories you hear, like playing Vampire the Masquerade at a cemetery, or LARPing at a nightclub. I was very traditional in my gaming environment. I did play Star Frontiers in high school and I carried a pair of percentile dice in my pocket and we would just role-play whenever we got together, sometimes during lunch, even it classrooms or the school library. I did play a special adventure the day before my first wedding in 1998, I wrote about it in this post back in 2011. As far as circumstances go, there was the first time I played with a total stranger… that was a mess and I wrote about that over six years ago here. How time flies!

We used to play in the university library study rooms on a couple of occasions. The weekly Tuesday’s game gathered at the business offices of one of the player’s for some years! We’ve played around dinner tables, in living rooms, bedrooms, office, private libraries, dedicated gaming room. Amazingly no basements, but they are not too common in Puerto Rico. Oh I remember one strange location and circumstance just as I wrote this post. I once role-played with one of my player while taking a brisk walk on an exercise track. So you can really play anywhere… No need for special apps or rules! Sorry that was uncalled for. 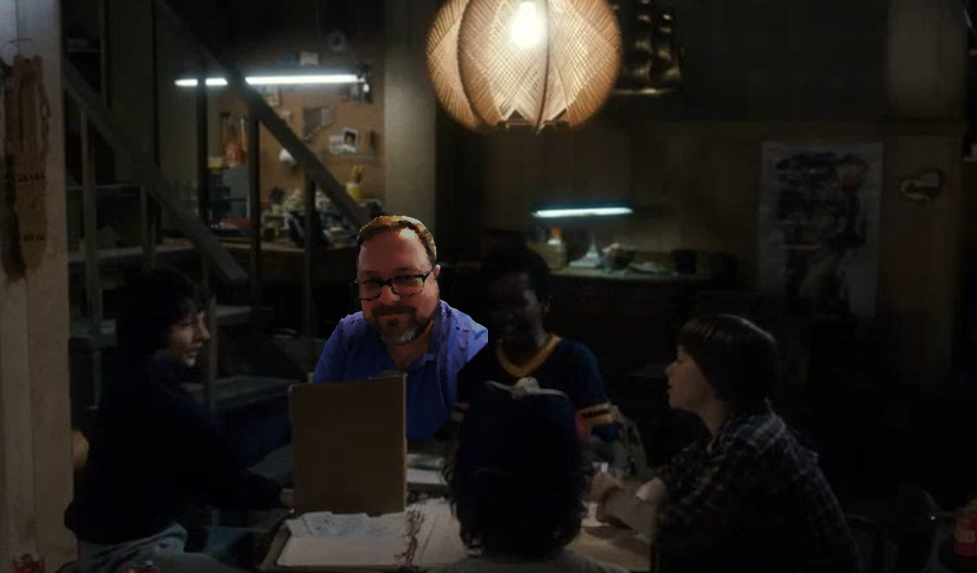 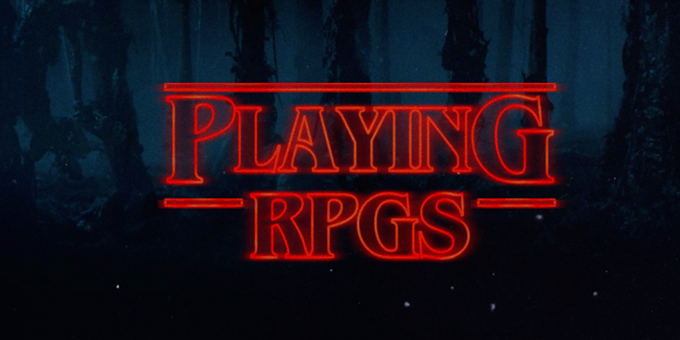 Now that I’m getting ready to travel to San Francisco where Nilda and I will be getting married, I wanted to do something special with my friends for the last gaming session before we go. (How’s that for just dropping the big news nonchalantly like that in the end of a post!) There’s the bachelor party, you can see the invitation I made below, a variation on the image accompanying the first post I linked above, but just like I did in 98 I wanted to play a special adventure. We left the last session just as combat was breaking out, so there is not much wiggle room, I have some ideas… Let you know how it goes! 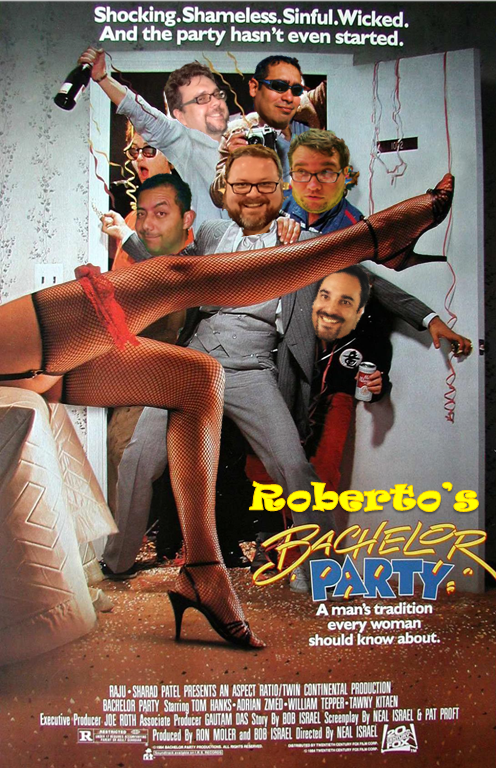 So that’s it for today! What weird places have you gamed at or under which strange circumstances have you played an RPG? Let us know in the comments, see you all tomorrow for the last Sunday post of RPG a Day 2016.