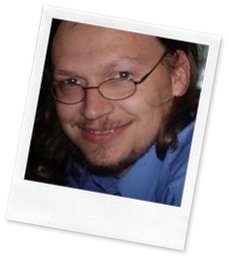 Tommy Brownell’s blog has a very interesting mix of topics: roleplaying games and wrestling. I have to admit that I know almost nothing about wrestling and so I won’t comment on his wrestling posts here.

But I think I have some knowledge when it comes to pen & paper RPGs, and I have to admit I really like what Tommy has to say about those. And that’s why I really think I that his blog doesn’t deserve to be the “most unread blog on the internet”. So, let’s change that!

Especially his reviews are extremely fun to read.If you have a couple of minutes you should at least check out “Tommy’s Take on: Gnomemurdered 2e".  I can also wholeheartedly recommend his posts about the Star Wars Saga game he runs for his son. Even if you’re not running a game for kids yourself, it’s always interesting to read about other GM’s games.

In my opinion, “The Most Unread Blog on the Internet. Ever.” is definitely worth checking out, even if there’s a bit too much wrestling stuff for my tastes. But as always, your mileage may vary. That said, Tommy’s post are definitely worth reading and if you like his stuff, don’t forget to comment on his blog!