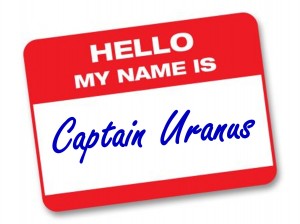 I’ll admit it, naming non-player characters and places in role playing game is HARD! If you are not careful you’ll end up with names your players will make fun of for years to come. The noble and serious NPCs that will be the key to the plot will not be remembered for his generosity or secret knowledge, but for being called Uacs Oftin.

Ok that may be a little exaggerated, but I’ve had real experiences. When naming settlements in a map, never do it late at night, you’ll end up with a town called Unoc. Whenever my players saw the name on the map they asked “Where are Doc, Trec and Cuatroc?” (That’s pretty basic Spanish but just in case, that’s a play on the numbers uno=one, dos=two, tres=three, and so on… Hilarious I know). Sadly that same map had a nearby town called Scret, dangerously close to escreta. Having a town name shit, well that pretty much sets an expectation right there. And well the list of NPCs with funny names is long…

I can hear the advice “Well Roberto, don’t name places or NPCs on the spot, do it ahead of time…”To what I say, that’s all well and good but I like a little improvisation, I like to keep things fluid and sometimes you must name an NPC on the spot and you better be ready for it. So here are a few tools and short cuts I use…

The Everchanging Book of Names, this is a handy dandy name generator that allows you to generate one name, or lists of names, from real world cultures to popular campaign worlds and fiction. You can print out lists ahead of time to use while you play or, if you use your computer while gaming just keep the program running and open it up when you need a new name. The names it generates are all fantasy names so you need other tools for different genres.

To create consistency and plausibility I try to select names of certain cultures or places in my campaign world from specific real world cultures, so baby names websites are very useful, like Baby Names and Baby Hold, which allow you to search by letter and cultures.

If you play sci-fi games there are sci-fi name generators on the Internet, but many generate funny versions of your name for specific settings, which sorts of defeats the purpose. There is a Star Wars Galaxies name generator for the races available in that MMO. This sci-fi name generator allows you to generate names for Star Trek, Star Wars, and Firefly, or generic names for aliens, locations, and planets. All in all a great resource!

For modern games naming should be easy, just look at the TV, pick up a newspaper or simply look online. Wikipedia’s list of most common names by region is useful when you need that foreign spy to have the right sounding name.

I’m not a fan of random superhero names; to me it seems their names convey so much of what they are, that leaving it to chance is just wrong. But when you absolutely must name a hero or villain on the spot, well there is Seventh Sanctum. That website has all sorts of generator, from the names of Mecha, Organizations, to Anime Powers.

Those are just a few of the tools available out there, this barely scratches the surface. I’d love to know, what tools, generators or lists do you use for your games?