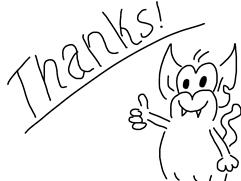 Yesterday the 800th post at Stargazer’s World went live. This is a great milestone and I am still amazed we were able to reach it in about 25 months. And I have to admit this wouldn’t have been possible without the support of our readers. Thanks to all of you and I hope you’ll continue to support us!

By the way, the small guy to the right is a character I invented back in 10th grade. If you like him, he might have a few more appearances on the blog.

I also decided I should reveal the pageview statistics of the blog since I started it in August ‘08. Here they are:

And now let’s return to our regular program…