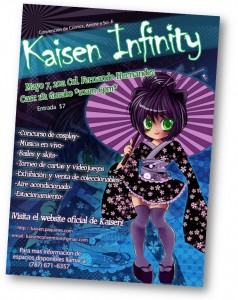 Last weekend I attended a convention. This was not a gaming convention per se; we haven’t had that down in Puerto Rico to the best of my knowledge. I remember hearing about a gaming convention being held at the Universidad de Puerto Rico around 1990 or 1991. Back then I had just started going out with my first girlfriend and let’s be realistic, hormones trumps gaming. If anybody from Puerto Rico can confirm if that convention happened I would really appreciate it. But I digress…

We have cons, but they are a different affair. For the longest time they would be dealers of collectibles gathered in one location, it would be purely commercial. Then they became affairs where they would bring some famous (or semi famous guests) to draw people in and there would be a dealer room. Things have evolved and currently we have at last three established cons, two are really centered round cosplay, anime and manga. Including dance routines, skits and competitions, with various other hobbies represented in the mix, from CCGs, to model builders, Star Wars and historical re-enactors, and now role-playing enthusiasts. There is another convention more centered on comics and media (movies and TV) but I have never participated as a presenter.

This past weekend the latest Kaisen convention, Kaisen: Infinity, was held, the eighth the organizers have put together. I have gone to five of those, and on the last two the Puerto Rico Role Players Facebook group has participated.  I have written about the group before, and specifically about one of the games we played this week. One of the things we do is spread the word about just what RPGs are and encourage people to game. This weekend was no exception, we ran two demos games, Sailor Moon (yes we did, I guess it was the right venue for it) and a Weird West game. I had also planned a Resolute, Adventurer & Genius game I did not get to run due to time constrains.

We showed newbies what an RPG is; some have joined the group afterwards. We also told people what RPGs are even if they did not sit down and play. It was refreshing to talk with parents of kids there to play CCGs who had never heard of role-playing, and to meet people who had not played since high school. It felt like time well spent.

And it’s not easy on your weekend taking a day to man a booth, talk to people and run games. Mind you I was not alone! I had some of the Puerto Rico Role Players crew with me, kudos to them. Despite the hard work I would do it again in a heartbeat. So, after this entire ramble, on to the title of this post, what are the pros of conventions?

You get to meet new people. No matter how big or small your gaming community you can’t know everybody. A booth or table at a con, specially a con NOT geared exclusively to games lets you educate people about RPGs. There is always the concern of running into people, who disapprove of games, but the crowd at these cons is pretty accepting and I am yet to run into any negative reaction. 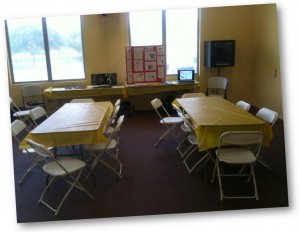 But handing out information is not enough, you need to show just what an RPG is and there is no better way than actually sitting down and playing. We have tried running Pathfinder, D&D 4th edition, with some success, but these games a little more complex. I really think simple, pickup games lend themselves better to learn what the game is and picking it up quickly. MicroLite, Weird West, Warrior, Rogue & Mage have been excellent games to play at cons. Sailor Moon were a great choice for the crowd. I may not know what Sailor Moon was about never having seen it, but people playing it certainly knew all the details and nuances and they had great fun.

And the best part of cons? Well it’s the gaming of course! Once upon a time I dreaded the prospect of playing with strangers, not anymore! There are people I only game with at conventions (or the Geeknics we put together), friends who don’t sit regularly at my table who I get to play with. And then there are new gamers. I just love the look on a newbies eyes when they “get it”.

So I would publicly like to thank the organizers of Kaisen for giving us a place to game, looking forward to the next Kaisen, and come June we will also be participating at the Central Fan Fest. So if you live in Puerto Rico, are planning to come down this way, join us and let’s roll some dice.

I tweeted something like this the other day, if every role-player shows at least one person how to game, we would double the fan base. Simple mathematics! It’s a little tongue in cheek but I mean it… So in closing and I have made this point before, spread the word. Share your love for RPGs with whoever will listen. A convention is a great opportunity, but it could be a local library, hosting a game in your FLGS. Go other there and game!