Yesterday Privateer Press finally announced an Iron Kingdoms Roleplaying Game. As already guessed by many fans and hinted at in an interview some time ago, it will share mechanical similarities with both the Warmachine and the Hordes miniature game. 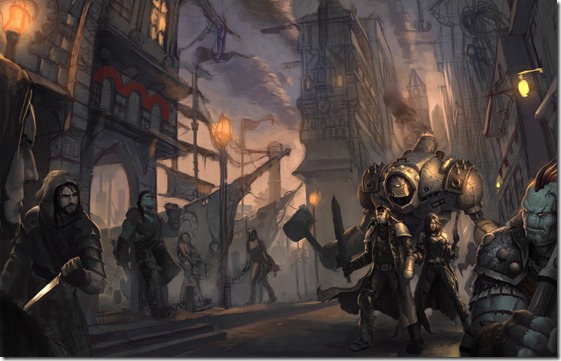 Alas fans will have to wait another year before the game’s finally out, since the first book is planned to be released at Gen Con 2012. It will also be a class-based game that will allow to play Warcasters and Warlocks from the start, unlike the d20 Iron Kingdoms game.

Personally I hope that even while the IK RPG will have some mechanics in common with their miniature gaming lines it will not rely on miniatures itself. The Iron Kingdoms were one of my favorite 3rd party D&D settings back in the day and I really don’t want to experience the whole D&D 4E debacle all over again.