For the longest time fans of the Warrior, Rogue & Mage RPG have been wondering how the lands of Vaneria look like. This question is now answered!

Matt Jackson, blogger and cartographer extraordinaire, has created a map for the Fallen Empire of Vaneria. Here is is: 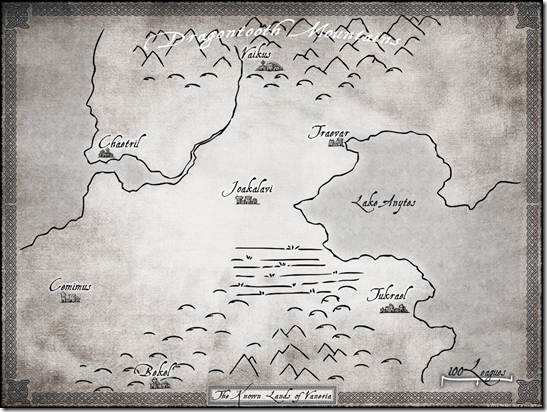 When I wrote WR&M I only had a faint idea of what the known world looked like but Matt managed to turn my words into an awesome map. I especially like the city icons. Adorable!
There was also the question of scale that had to be tackled. In the end we settled for a size comparable to Greece.

I hope you like the map as much as I do. And while you’re at it, why don’t you visit Matt’s blog and check out his other works? It’s worth it!