As part of the upcoming CONcurrent I’m preparing to run a Savage Worlds sci-fi game. I wrote a little introduction for the game that I mean to share with players who have confirmed their participation in the activity. If you’ve read my posts I’ve been mulling a sci-fi game for a while, even went as far as posting a first draft of the introduction to that game (which, despite working on regularly in RL, I’m yet to update here in the blog). This fits with that introduction since in a way this is the end of that campaign. The final book end to the setting I introduced in that post. This in turn leads to a previous sci-fi campaign I played some years ago. Yes in a very meta way I’m connection my games, this has always been part of the conception of cohesive universe, and I hope my past players and future players are not too turned off by the revelation.

Be forewarned, this is NOT hard sci-fi and I realize I’m playing fast and loose with science with the hope of creating an interesting situation for the game. I don’t think it’s quiet space fantasy, more space pulp. I hope you like it. Without further ado, The End is Near… 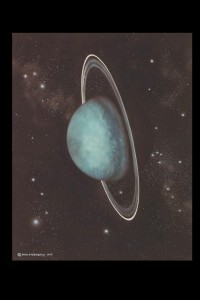 Humanity expanded from its cradle in the Sol System and into the galaxy for over four hundred years. Humans fought and bled, carved a Union from the ashes of war and tore it down to create something better. Saviors for some, hated enemies to others, the other species of the galaxy learned that humans went where they wanted and took what they needed. They became the pre-eminent power in the galaxy with their innumerable population stretching across most habitable systems. Known for their pioneering spirit it is said that humanity was looking at the vast gulf between galaxies, longing to discover what awaited there, when their doom finally arrived…

The Great Plague struck fast and with terrifying consequences. At first spreading through contact it was soon reported airborne and almost all the infected suffered a horrible, but thankfully quick, death. The origin and cause of the plague remained a mystery, constantly mutating, no cure discovered. The Great Plague behaved like no human illness before it, spreading at first in densely populated systems, but soon carried all across the galaxy, by traders at first and by refugees fleeing the purges later. Systems were quarantined, populations with high infection rates decimated to avoid contagion, a thousand magical cures promised, all failed.

There was much speculation about the Great Plague’s origin. A hitherto unknown disease released in some xeno-archeological dig? A bio-weapon left behind from the Great Galactic Wars, perhaps an attack by a formerly hostile species? A nano-virus left behind from the AI Wars? At first the other sentients in the galaxy offered aid, as the Great Plague only affected humans. Then the relatively small Quidare population, renowned for their medical prowess and one of the sentient species that first came to the humans’ aid, began showing similar symptoms. In a matter of months the Quidare were extinct and the other species extricated themselves from human affairs.

The infected found their bodies ravaged by fever, ulcers, followed by hemorrhaging and ultimately death. There were fewer and fewer facilities to treat the infected. What few medical teams remained in infected areas wore containment suits and did what they could to ease the pain and make the death of their fellow humans bearable. Supplies ran low, no one searched for a cure anymore. The dusk of humanity in the Milky Way Galaxy was at hand. The final darkness approached and shadows would soon settle on the ruins of mankind.

But there is one last hope…

Members of the Church of the Savior, a breakaway group from the old earth faith of the Papal Holdings, made a fateful discovery in a xeno-archeological dig. In the remnants of the long forgotten civilization they discovered plans for a device capable of ripping a hole in reality, theoretically creating a funnel between real space and hyperspace, sending ships across the great beyond, to another distant galaxy.

With humanity dying and with little time to truly decipher the device, the leaders of the Church of the Savior enacted a plan. They would find those untouched by the Great Plague, perhaps trapped in distant systems cut off from main routes when the plague started, those that hid when society broke down, or even the infinitesimal percentage of the population who seemed immune to the plague, but who were dying in the chaos resulting from the extinction of humankind. The agents of the Church began to search the galaxy for candidates for salvation. 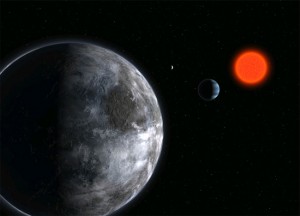 Meanwhile the church engineers and technicians began construction of the machine. It required massive amounts of energy and, unlike existing hyperspace technology – which could not operate within the gravity well of planets or nearby stars – the device required a precise gravitational arrangement. The massive energy output required to activate the machine would be generated by the destruction of a planet. What was dubbed as the Displacement Bomb was built in an uninhabited system in the most inhospitable fringe of the galaxy. There in the second planet of the L-I8R71 System the conditions were ideal for the device to be activated.

Great arks were constructed in orbit around the planet and a series of smaller devices were placed in the Lagrange points to acts as repeaters of the “displacement wave” that would be generated by the device. Surreptitiously and with great care the candidates were brought to the site in massive cargo transport fitted to hide the passengers on board. In a gateway station constructed for this purpose candidates were screened one last time and shown what the Church of the Savior had planned.

Candidates were told that the church xeno-engineers did not fully understand the machine and that their final destination would be uncertain, but that, in theory, the device should work and offered them an escape from certain death. Unsurprisingly, very few candidates turned down the offer. Through months of hard work and the valiant actions of agents and friends of the church the project was a success. Eighteen billion candidates were placed in suspended animation inside the 24 arks; among them church engineers, technicians, leaders and the staff who remained free of infection. With everything set and the day fast approaching, the mission’s non-essential personnel left the L-I8R71 System in a final pilgrimage to the cradle of humanity, Earth. The final hope for humanity rests on this last desperate gamble.

Everything is set for the device’s activation and the detonation of the Displacement Bomb. The device, built upon the surface of L-I8R71-2m, the second planet in the system called Liberty by the members of the project, will cause a series of deep core explosions. The energy release will power the device. According to the estimates of the xeno-architects and xeno-engineers who worked on the device, the device will create a “displacement wave” caught and amplified by the units in the Lagrange points. The wave will rip a great rift between real space and hyperspace, hurtling the arks into the great unknown. 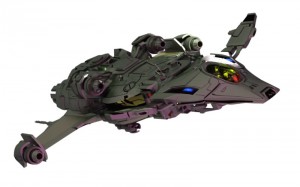 Only essential personnel remain in system; a skeleton crew to ensure the mission goes on without a hitch. Working from the gateway station in orbit around the third planet, a gas giant, they supervise the last preparations. They hope, some even pray, that this last ditch effort means the survival of humanity. A fast scout ship sits in the hangar ready to take the crew beyond the L-I8R71 System, for the explosion may very well destroy the system’s star.

While the mission’s command and communication staff coordinate from the gateway station operations center, a team works on the device on the L4 point since the self-diagnosis systems in the unit have identified a breakdown the self-repairing systems cannot fix. On the surface of Liberty, final diagnostics are carried out to assure the device will activate as planned. Time is of the essence, the final gambit is at hand. Then end is near…

Ok so that’s the end of part 1. The next installment should be up soon, the characters for the adventure. Hope you liked what you read… And if you live in Puerto Rico you may get the chance to play it since I will probably be running it a second time during the Puerto Rico Role Players 9th Geeknic (which will also be broadcast online during CONcurrent and has a Google+ activity page as well), so there IS hope.

In case you haven’t seen it see it, here is the Google+ event page and the Facebook CONcurrent page and the Con Planner page for the convention. While my game is full already there are other games with seat available, activities you can join and you can run your own game if you like. Just because you cannot go to Indie that does not mean you can’t join the fun. Come join us in CONcurrent!

PS – A very special shout-out to my friend, and regular at my weekly games, Sara, for proofreading and feedback on the introduction, thank you!

PS 2 (not the console!) – The art for this post comes from the Starlight Illustrations blog spaceship page were it indicates the images on the page are released under creative commons, Gimp Savy and NASA.

Gaming enablers, giving thanks to the people that matter!