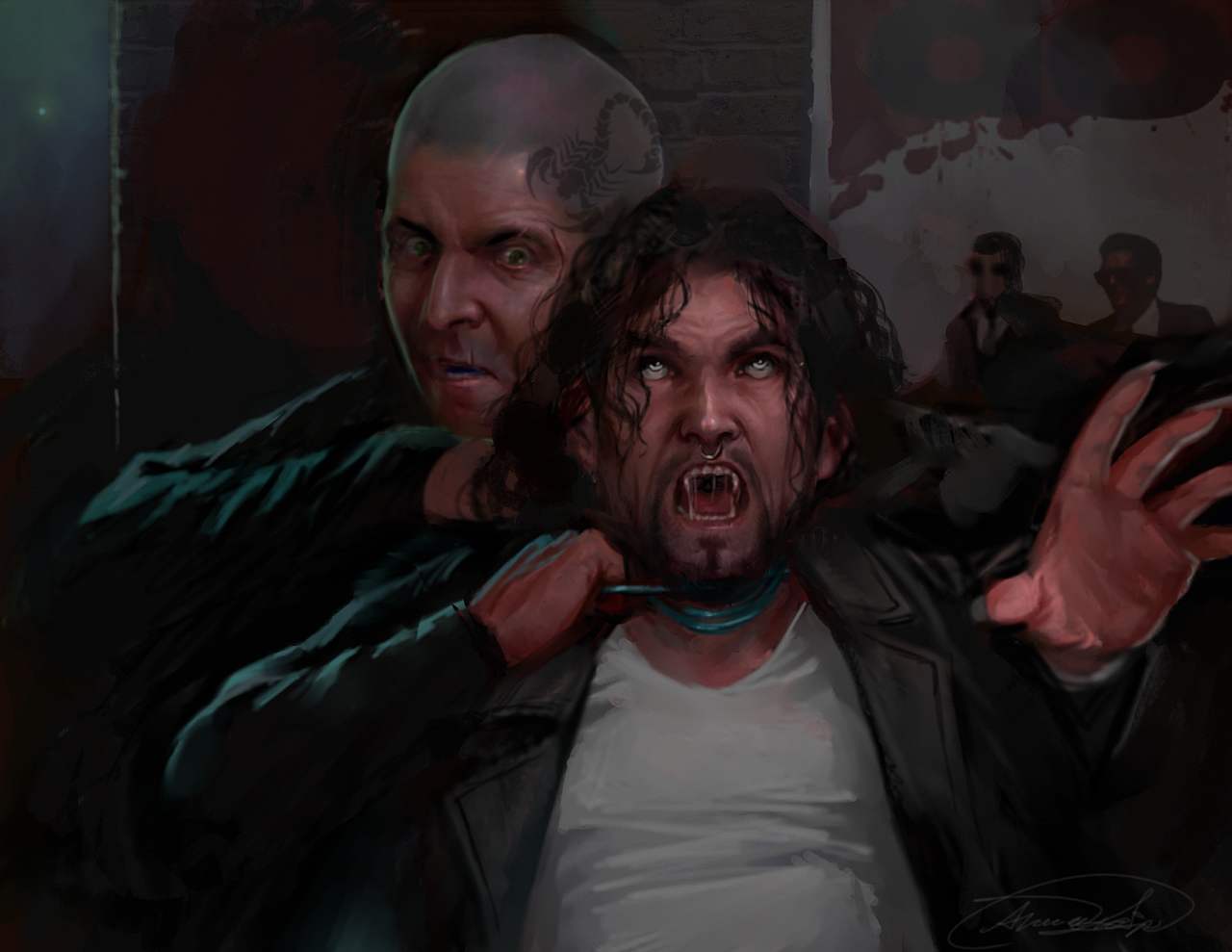 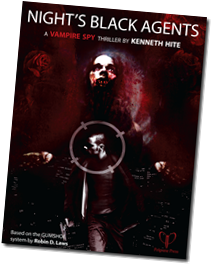 Pelgrane Press’ Gumshoe roleplaying games usually don’t disappoint and Kenneth Hite’s Night’s Black Agents is no exception. Night’s Black Agents combines the spy thriller genre with vampires. The players are spies that have worked for one of the many secret agencies like MI5, CIA, Mossad or even the Stasi. For one reason or the other they left government employment and went into the shadowy criminal underground of Europe. The characters had been highly trained by their agencies for years in espionage, combat, covert operations, data analysis and now they are putting their skills to good use again. They fight vampires!

Night’s Black Agents is a 232-pages full-cover hardcover. As with all recent releases by Pelgrane Press the production quality is top notch. The three-columned layout is surprisingly clear and the interior artwork fits the theme of the game perfectly. I’m not too fond of the cover, but that’s only a minor quibble. Overall the quality of the artwork is great. The binding feels pretty solid to me, although I haven’t put it to the test yet. Usually I treat my books very gently.

As I’ve already mentioned the game uses Robin D. Laws’ Gumshoe system, which is the perfect choice for any game where investigations play a major role. In most games finding the clues needed to unravel a mystery can be a very frustrating thing. The players fail a single important roll and the whole game comes to a sudden stop. In Gumshoe you don’t need to roll to find clues – if you have the right investigative skill, you get the clue and you can move on. In Gumshoe the interesting question is not whether you find the clues but how do you interpret them. For more information on how the system works check out my interview with Robin D. Laws. 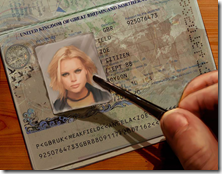 Since the focus of most Gumshoe games is on investigation and not what we would call “action”, rules for combat and similar activites are very lightweight. Since Night’s Black Agents is spy thriller game, Kenneth Hite has expanded the system’s combat and chase rules extensively. If you always wondered how to run a cinematic chase scene in a Gumshoe game, Kenneth Hite now has an answer for you. The extensive combat options and optional rules add a lot to the game and help to set it more firmly into the spy thriller genre without making thing to complex. Even with these additions Night’s Black Agents still feels like a lightweight game rules-wise.

Another interesting aspect of Night’s Black Agents are the four modes of play: Burn (psychological damage is more intense, agents inevitably burn away their humanity over time), Dust (a more lo-fi espionage world, combat is way more lethal), Mirror (hidden agendas and shifting allegiances, Trust is a rare commodity), and Stakes (the stakes are higher than in the other game modes, think of the worlds of James Bond or Jack Ryan). With a few small changes to the rules, you can easily change the overall feel of the game. Brilliant.

Another cool addition to the Gumshoe system are the Trust and Betrayal rules. In the world of spies trust is extremely important and betrayal usually comes swiftly and without warning. At the beginning of the game you can distribute 5 Trust points among your fellow player characters. This points can later be used to help out these characters during play. The more you trust someone the more you can assist them. When you decide you want to betray another character, you turn the Trust points into Betrayal and start spending. One point of Betrayal can be used to harm or hamper the other character by cancelling the use of an investigative ability or by subtracting 3 from his or her General ability die. Betrayal can also be spend after the other character’s role. 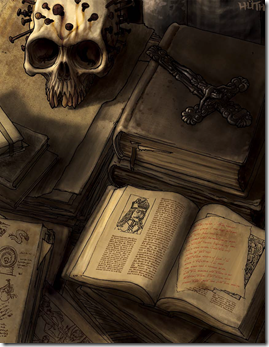 Now let’s talk vampires. In Night’s Black Agents the vampires are not your regular sharp-toothed bloodsuckers. The game provides rules for the GM to customize the vampires to his or her heart’s content. Your vampires can be of the regular kind, aliens, mutants. The GM determines how many vampires are around, if there’s a cure, how they operate. Everything can be tweaked and changed easily, even the vampires’ abilities, powers and weaknesses. Even though the player characters’ opponents are called vampires, the game easily allows you to create all kind of monsters. This could easily lead to option paralysis but luckily Mr. Hite has provided us with a list of example vampires from the Line Dracula vampires to silicon-based aliens existing outside of Euclidean geometry. The book also contains the stats for various other monsters, like Ghouls, Lamiae, Renfields, and zombies.

A huge part of the book consists of GM advice and background. It gives advice on how to create conspiracies, gives details on various European cities including adventure seeds, provides the GM with tips and tricks on how to run the game and create interesting stories. A lot of games provide a lot of background information but leave the GM alone when it comes to questions like “how do I run a campaign with this?”. This is definitely not the case in this game. Kenneth Hite provides a default campaign story you can use. He even describes alternate versions like a James Bond–influenced campaign or like something out of Charles Stross’ Laundry Files novels.

Last but not least Night Black’s Agent contains a full introductory scenario, extensive information on the sources Kenneth used during development, a lot of helpful sheets and tables in the appendix, and a very extensive index.

Overall I am definitely not disappointed by Night’s Black Agents. It’s very well written, basically allows you to run or play in every spy thriller subgenre with vampires or not, and it adds a lot to the Gumshoe system without feeling too complicated. If you are interested in spy games you should definitely check this game out, I doubt you’ll find anything better anytime soon. And even if you don’t like vampires, you can easily leave out that aspect of the game and struggle with more human antagonists.

This review is based on reading through the hardcover and PDF versions of the game provided by Pelgrane Press’ Simon Rogers. Thanks again, Simon. Currently you can get a print+PDF bundle directly from the Pelgrane Press shop for $44.95 plus shipping. Alternatively you can pick up the PDF through RPGNow for $24.95.