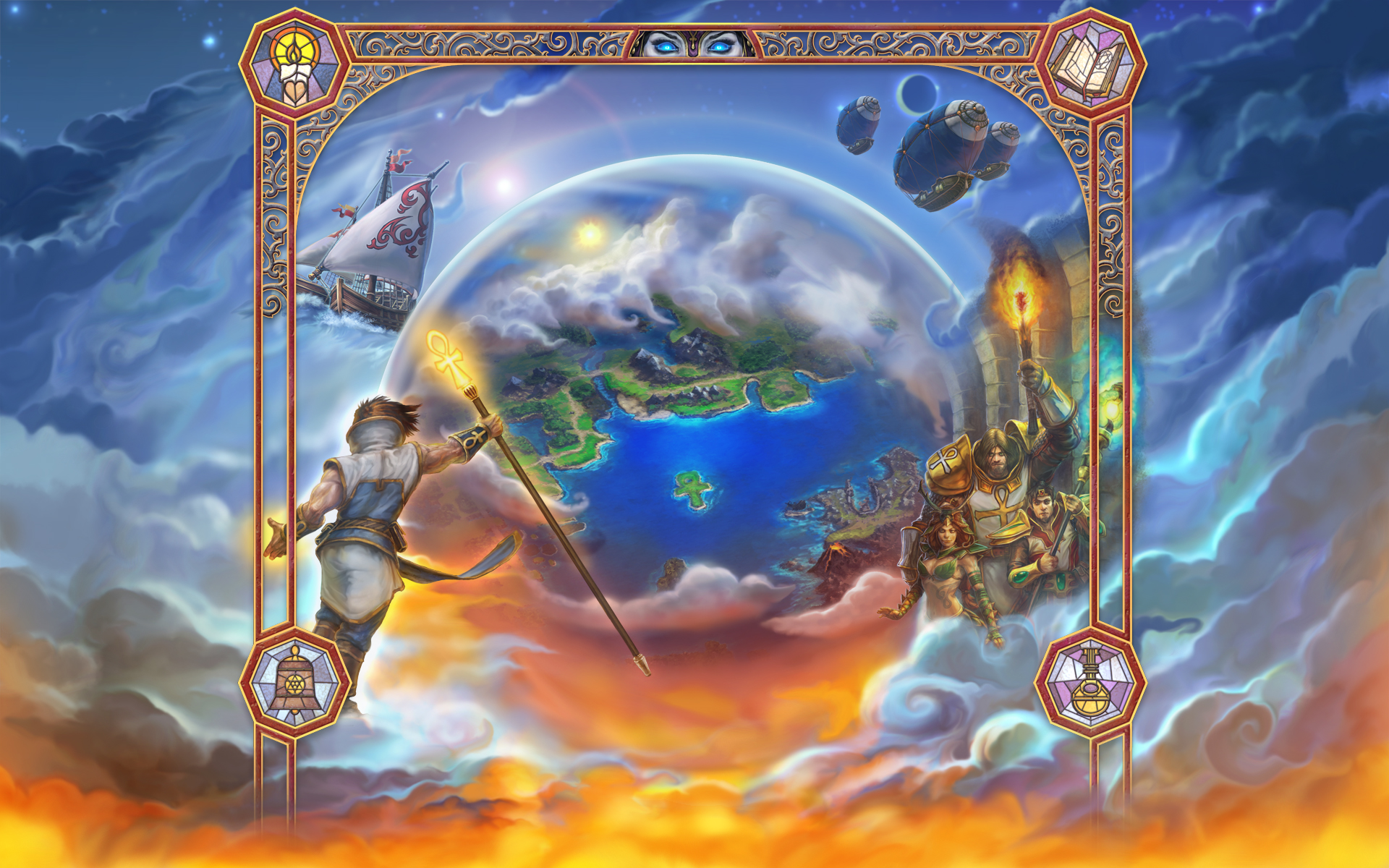 When I was younger I was a huge fan of the Ultima CRPG series. Ultima VI was my first Ultima and I played it for months. Up to this day it’s probably my favorite title in the series, while Ultima VII is a close second. Over the years I made several attempts to run an Ultima game as a pen & paper roleplaying game, I even wrote a complete RPG from scratch back then. But for several reasons these projects never reached the early development stages.

While I was thinking about what games one could run using Evil Hat’s Fate Accelerated, my old Ultima projects came to mind. And then I had an interesting idea. Could you replace FAE’s Approaches with Ultima’s Eight Virtues?

In Ultima VI the player character becomes the Avatar, who is the embodiment of the virtues of honesty, compassion, valor, justice, sacrifice, honor, spirtuality and humility. These virtues where also tied to certain character classes in the older Ultima games. Mages were dedicated to honesty, Paladins to honor, Tinkers to sacrifice, and so on.

The idea of using the virtues directly as approaches/skills has a certain charm, but alas it’s not without its own share of problems. I can easily see a character using valor when valiantly confronting a foe with sword in hand, but when do you actually use the sacrifice approach? Or how do you use honesty?

In the end it might actually be easier to keep the standard Approaches. Perhaps the virtues could play a greater role during character creation. One Aspect could actually be a favored virtue. A mage character might rely more on honesty than a bard for example.

At this moment I have no concrete plans for a Ultima game, but I love to throw ideas around. Thinking what you could do with the games you have at your disposal is half the fun. Overall I think Fate Core (or Fate Accelerated) would make a perfect fit for an Ultima game. For me the focus (of the later games) was more on the characters, their stories, and the philosophy surrounding the Eight Virtues and what they meant for the people, than killing monsters and taking their stuff. And that’s a kind of gameplay that’s perfectly supported by Fate.

What do you think of my idea? Would you play a game based on the Ultima series using Fate Accelerated. Do you believe the Virtues as Approaches concept might work? Please share your thoughs below!

Crazy Campaign Chronicles: Defenders of the Earth Redux or a Very Pulpy Future!