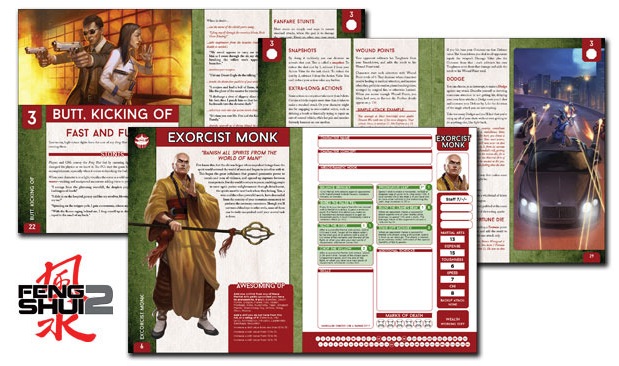 There are only a few games I enjoyed more than Robin D. Laws’ Feng Shui. I only played it once and with a group of people I never played with before, but we all had a total blast. The rules have its quirks but were easy enough, the setting is totally over the top, but works very well, and the chemistry between the players and their characters was just great. You can read more about my thoughts on this game here. 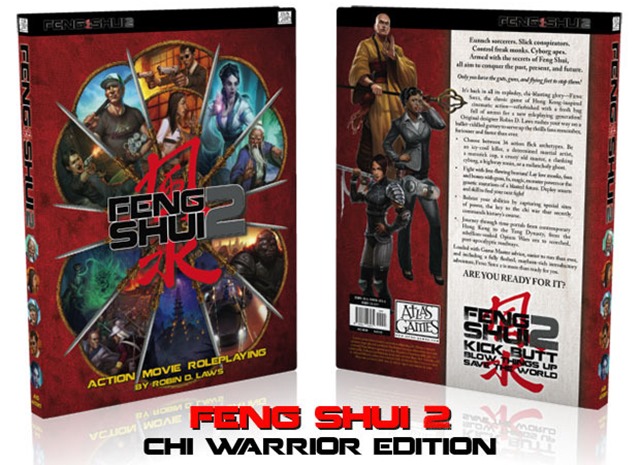 Atlas Games, the publisher of Feng Shui, is currently running a Kickstarter project for Feng Shui 2. It’s no surprise that the goal of $8000 has already been surpassed and several of the stretch goals including new character archetypes and full color interior have already been unlocked. For just $10 you can get the PDF copy of the game when it’s done and instant access to the playtest rules, so you can start playing at once.

If you are either a fan of Robin D. Laws’ work and/or Hong Kong action movies, you definitely should check the Feng Shui 2 Kickstarter out. It’s worth it!

Ask The Readers: What do you want to see in a revised edition of WR&M?