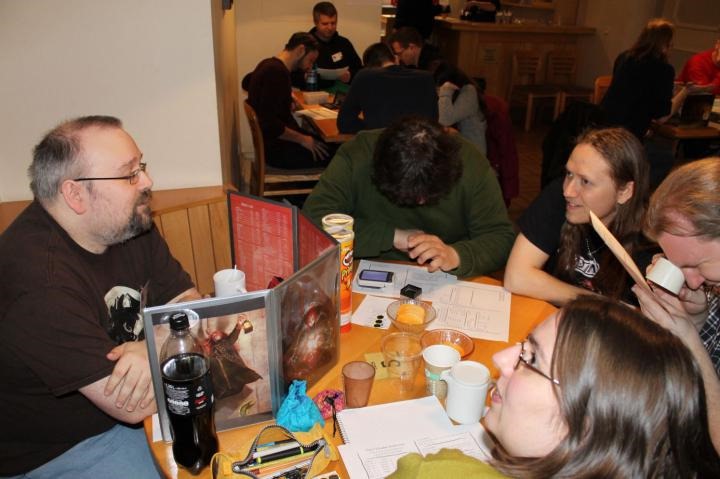 If you’ve followed discussions between roleplayers, read blogs, and played in different groups over the years, you’ve probably noticed that there are various approaches to roleplaying. In some cases you might even wonder if some people are actually engaging in the same hobby.

In addition to that the reasons why people play roleplaying games are often quite different. For some it’s just a way to spend time with friends, roll some dice, and stuff their faces with snacks. For others it’s a way to escape regular life and be someone else, have adventures, kill monsters and take their stuff, even if just for a few hours a week. There are also people how like the tactical aspects of some games and treat them like a slighty more involved miniatures game. These examples are just a small list of the vast reasons why people play roleplaying games. The reasons are as varied as the players themselves.

Recently I realized that roleplaying games are not just a nice pasttime but also something which helps me to relax, to charge my drained batteries so to speak. The social aspect of gaming is very important to me. But I also love the escapism, to be in someone else’s shoes for a few hours and to experience things I’d never do in real life. In real life I often feel helpless and overwhelmed. But in games I can stare danger right into the eye and overcome evil. I’m not that much interested in the tactical aspects of combat but I am a sucker for a good story.