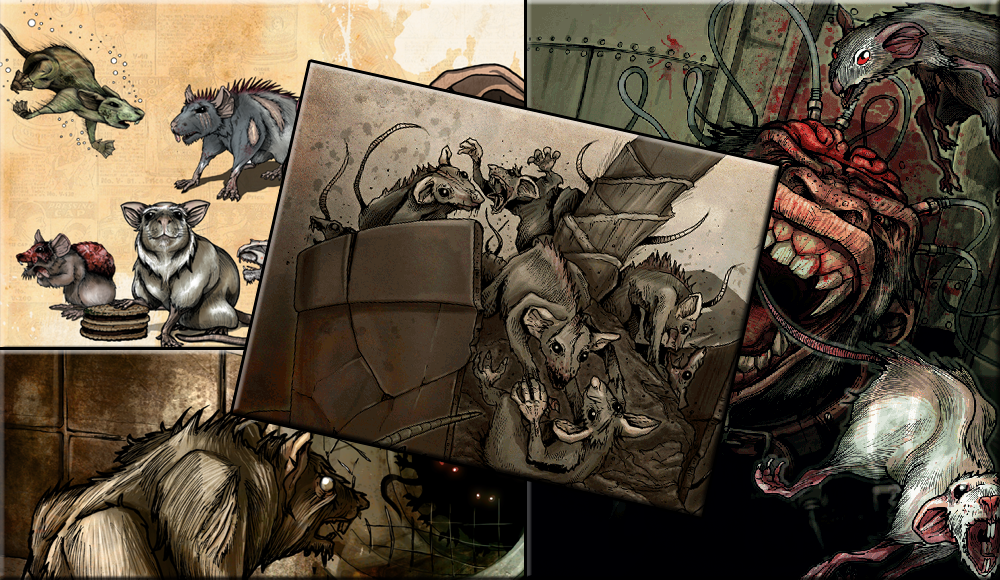 Today I want to point out to you the Packs! Kickstarter campaign. Packs! is the English-language version of the German indie RPG Ratten! (engl.: rats) in which you play … rats. Personally I am not so fond of games in which you play anthropomorphized animals of any kind, but a lot of my friends just love the game.

The upcoming English version will contain rules for two systems: Savage Worlds and the original rule system which has been developed for Packs! in the first place. Especially the original rules are very easy and quick to learn and play.

The pledge levels of Packs! are pretty reasonable. You can get the PDF version of the rules for a $10 pledge and for just $40 you get all the digital stuff funded plus a nice hardbound book. There’s even a limited leatherbound edition! Shipping is free to the EU and the US. Everyone else has to add $50 to their pledge for shipping, which sounds pretty high, but is probably unavoidable.

Packs! is definitely a solid game, and the new support for Savage Worlds may be interesting to fans of the system, so if you love playing rats and experiencing weird and creepy adventures from a new perspective, then have a look at the Packs! Kickstarter!

Dungeonslayers: The Runes of Oblivion