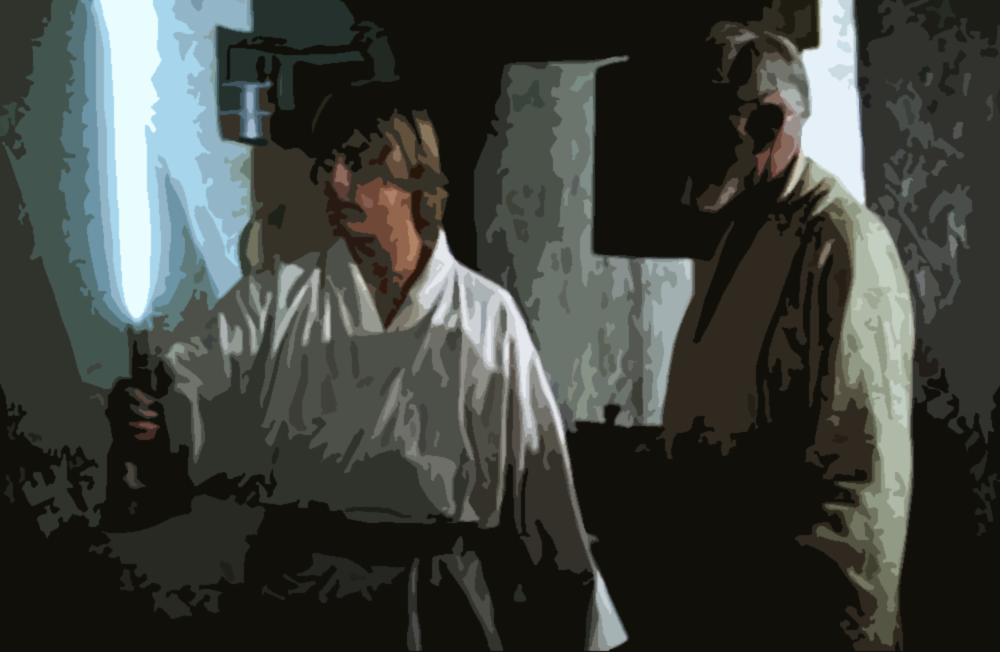 Most of you probably remember the line “An elegant weapon for a more civilized age” from 1977’s Star Wars. So it’s probably no surprise that this post is about the rules of the original Star Wars roleplaying game by West End Games.

Released back in the late 1980s the game used an updated and modified d6 System which premiered with the Ghostbusters RPG. If you compare it with the later editions of the Star Wars game and other d6 System games you’ll notice quite a few differences. While a lot of people prefer the more recent editions of the game system, I still have a soft spot for the Star Wars 1st Edition rules.

Overall the 1st edition rules were simpler than the 2nd edition rules. 2nd edition not only added the Wild Die (which could lead to some very epic results and as epic failures), but also tweaked scaling, changed movement speeds form dice codes to a fixed value, changed the damage and healing system, and last but not least added Advanced Skills. Do the changes make the system better? Maybe. Do they make the game simpler? Definitely not.

Especially if you’re looking for a fast system which doesn’t get in the way of roleplaying the old 1st edition rules are probably your best choice. I am actually not surprised that the creators of the Heavy Gear d6 conversion chose to model the rules after this system instead of using the more recent d6 Space as a basis (which is pretty close to 2nd Edition Star Wars).

What I’d really like to see is a generic SF RPG modeled after the original Star Wars ruleset. In my opinion it’s closer to what I personally would like to run. Perhaps I’ll have to do the heavy hauling myself one day, if noone else does it. But you never know.