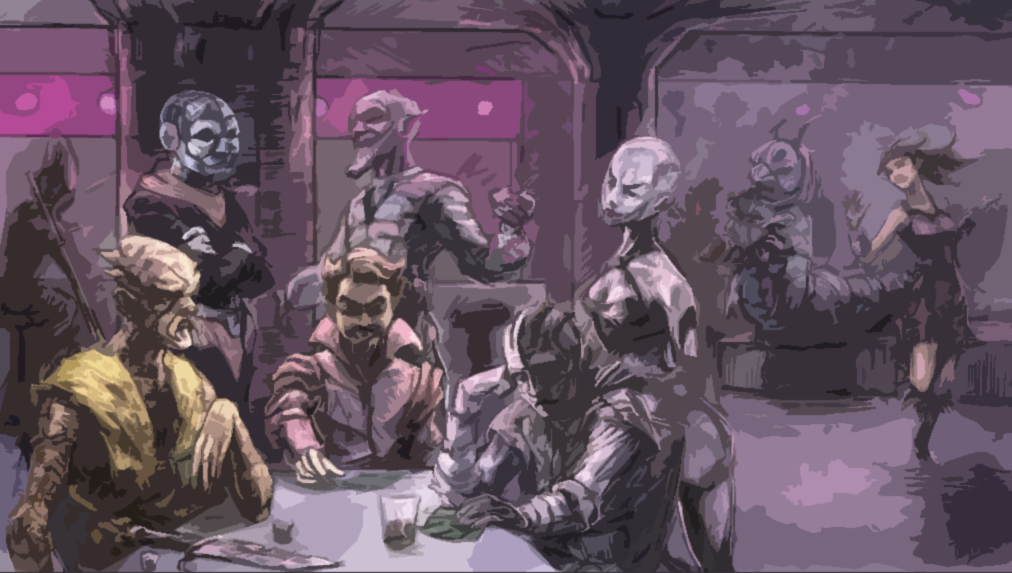 Strange Stars by Armchair Planet is a game setting book of a kind you don’t see that often nowadays – it’s system-less. The 32-paged PDF contains a complete space opera universe for you and your friends to play in, with whatever rules you deem fit for the task. 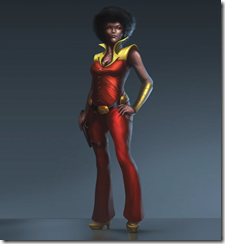 The artwork and layout of the book are top-notch and the artwork has a strong 1970’s vibe. The setting mixes elements from the golden age of space opra with more modern ideas like transhumanism.

You might think that $9.99 might be a bit much for a 32-paged PDF but considering the high quality of the artwork and the cool ideas contained in these pages, the price is more than fair. I included a piece of artwork to the right as an example. I guess it also shows what I meant with “a 1970s vibe”.

What I really love about this little book is that it doesn’t provide you with a complete setting, but with broad strokes of a setting with some details thrown in (like the character in the image above). There’s definitely enough material to get you started, but not enough to choke the GM’s imagination. The “bottom up” approach taken in the book helps to evoke images of a huge universe players can explore – much like throwaway lines like “I made the Kessel Run in less than 12 parsecs” etc. made the original Star Wars feel so much greater. 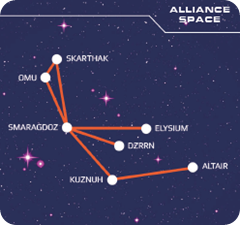 Strange Stars assumes hyperspace gates which allow travel of interstellar distances and the book provides several maps which show how the various systems and sectors are connected. Each of the sectors and planets is described in some detail, so that you have a general idea of how the Strange Stars look like.

The majority of the book gives some information on the various planets, alien species, and interstellar empires of the setting. The emphasis is on “some” here, because no aspect of the setting is fully fledged out, there’s always enough space for your own ideas. The information which is there is often weird, exciting and just plain awesome. Leafing through Strange Stars feels much like watching Star Wars for the first time. Trey Causey, the author of the setting, did an awesome job creating something which just screams “PLAY ME!”.

If you don’t mind that the book doesn’t contain any mechanics, it’s an awesome value even for its rather high price. The artwork contained in the book is definitely worth the money and the setting itself is just awesome with a capital A. Alas the only weak point of the product is the cover artwork. For some reason it just doesn’t look as great though it’s still fine. As far as I know there are at least two books planned by Armchair Planet containing rules for Strange Stars: one for Stars Without Number and another for Fate Core, but I am pretty sure a veteran GM can easily adopt the setting to any system.

P.S.: Strange Stars is currently part of RPGNow’s Science Fiction Month Sale. You can get it for the reduced price of $8.49 now. This deal is valid until the end of the month.