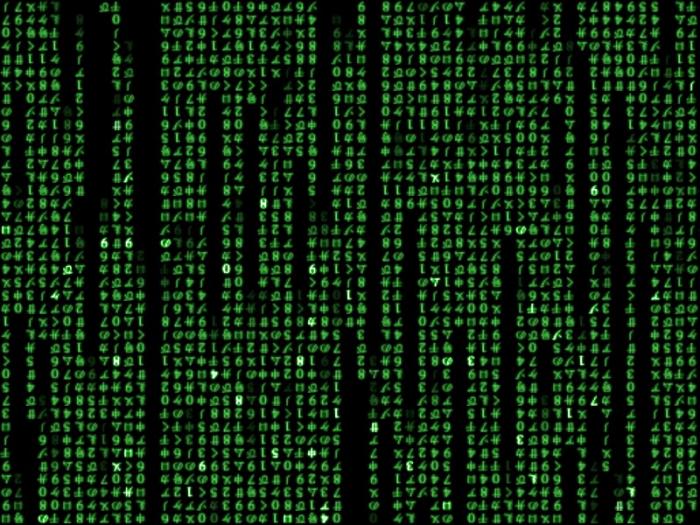 Again I am breaking one of the rules that I wrote down when I started this blog. Today I want to write about a topic unrelated to pen & paper RPGs. While pen & paper RPGs are my primary hobby, there are other things I enjoy doing very much. Writing software is one of these.

Of course I am no professional programmer. Back in the 1980s I wrote simple programs in BASIC on my Amstrad CPC 464. Those were exciting times. With a few lines of code you could achieve pretty cool things (at least I thought it was cool back then). Later I switched to Turbo Pascal on the PC. I wrote a couple of pretty crappy games, a simple engine for text adventure games and a database application for my dad.

In more recent years I mostly dabbled in some web-based programming (mostly PHP, some JavaScript). I still enjoy writing code very much, but it has become much harder to be motivated to do so. Generally it has become much harder to come up with worthwhile projects that are also easy enough so I don’t get frustrated too quickly. I always wanted to dabble in game development, but it’s definitely one of the more advanced subjects when it comes to programming. 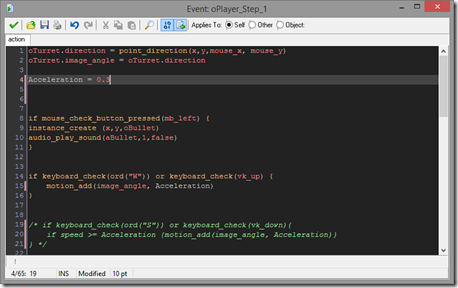 Recently I stumbled upon a YouTube playlist by Tom Francis who developed the awesome indie game Gunpoint. He used YoYoGames GameMaker software, which is basically an engine for 2D games with it’s own development enviroment and it’s own programming language called GML. The huge advantage of Game Maker Studio over similar products is that you can get things done very quickly and easily. Of course something like Unity is vastly superior in most aspects, but it also has a much steeper learning curve.

In the free version of GameMaker Studio I was able to write a simple Asteroids clone in about two to three hours. Of course the game is far from being polished. Heck, it doesn’t even has a score counter, no highscore list, BUT you can fly around in a little spaceship, shoot at asteroids and it’s actually fun doing so. So far I think GameMaker is a perfect tool if you want to get results quickly, especially if you prefer the “quick & dirty” approach. The code I wrote definitely doesn’t look pretty and some of the solutions I came up with a at least quirky, but I had a blast adding new features and coercing the PC to do my bidding. 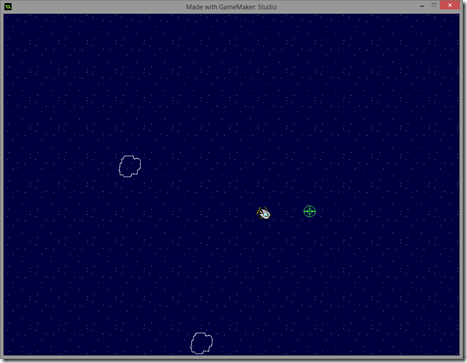 By the way, if you want to have a look at the latest version of my game (please note that I disabled background music, because it got annoying pretty quickly), feel free to download the Windows executable here (Some antivirus solutions like Avira’s may report the file as potentially malicious, but that’s a false positive – you can trust me). Please let me know what you think.