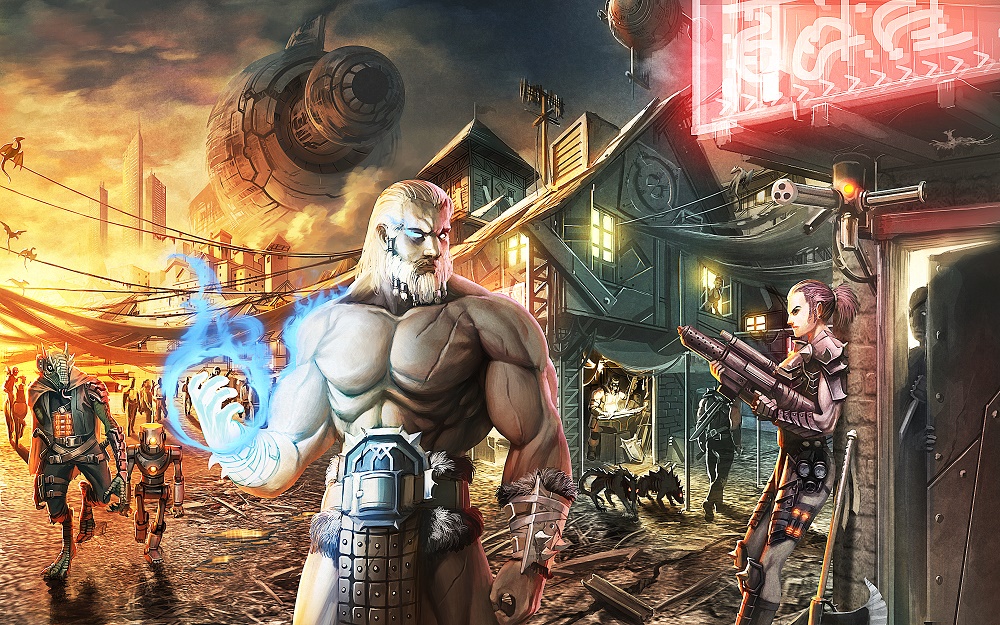 Although I already own quite a few roleplaying games (I stopped counting a while ago), I am usually excited about at least one or two upcoming games. At the moment there are three games which should be released this summer which keep me excited. 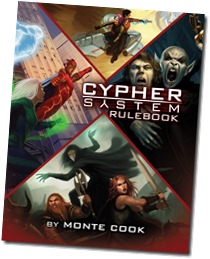 The first on the list is a game I’ve been writing about several times. It’s Monte Cook’s Cypher System Rulebook. The Cypher System was created for Numenera and was also put to great use in the more recent The Strange. What I like about the system is that it’s extremely easy to run, it breaks with a couple of roleplaying traditions and while being pretty easy it has enough depth to even convince players who prefer some crunch at the gaming table.

The upcoming Cypher System will hopefully provide us with enough material to use the system in almost every genre. From what I’ve read so far, the book will have almost 500 pages with no fluff. Since the rules themselves are pretty short, I expect countless descriptors and foci, a a whole lot of cyphers for our games. I already have a couple of ideas what I want to run with it, including a Cyberpunk game. Hopefully there will be support for cyberwear in the core book.

By the way, if you  preorder the hardcover book at Monte Cook Games, you get the PDF for free. The PDF version can also be preordered from DriveThruRPG.

Next in line is Fantasy AGE by Green Ronin. Fantasy AGE is basically the Dragon Age RPG without the setting and a new magic system. It’s the RPG for everyone who loves the rules behind the Dragon Age RPG but want to use it for other settings. While I have owned the rules for ages I just recently had the chance to play it. The AGE system is easy to learn, fast, and the stunt system is the cherry on top.

What excites me even more is the setting Green Ronin will release for Fantasy AGE later this year: Titansgrave: The Ashes of Valkana. Titansgrave is a Science Fantasy setting created by Wil Wheaton and Green Ronin. It’s also the game Wil is running for his new RPG show. If you haven’t watched it yet, I highly recommend you do so. 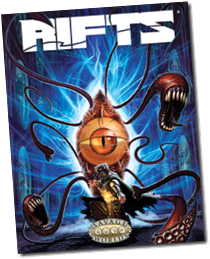 Last but not least is the Savage Worlds version of RIFTS. I still don’t think that Savage Worlds is the best fit for RIFTS, but I am cautiously optimistic. I like the RIFTS setting a lot. It’s my favorite kitchen-sink setting but alas it’s combined with a mess of a rules system. The Palladium System is playable but only barely so. From what I’ve heard not even Kevin Siembieda uses the rules-as-written, which says a lot. Savage Worlds is definitely not perfect but it fits the over-the-top style of RIFTS even though I doubt it can handle the scales. I still can’t imagine how a Rogue Scientist and a Glitter Boy pilot can coexist in the same party using SW rules. Let’s hope the guys working on it have figured a way out to make it possible.

These are the three games I am currently pretty excited about. What games are you looking forward to? Please share your thoughts below!

What about Monsters of Sin: Avarice, Envy & Gluttony? A review…