Welcome back dear readers. We’re back to easier topics. I’ve been wracking my brain on the topic, because there are so many great RPG illustrations, BUT I’m going to take some liberties today and go off on a tangent and tell you about an illustration that had great influence in my as a Game Master and teller of stories…

My first thought was the D&D Basic Red Box cover by Elmore, and while I love the picture for it’s iconic and sentimental value, it doesn’t say much, it certainly captures a moment, but it doesn’t tell a greater story. Elmore has so many wonderful pieces, such as the Dragonlance Chronicles covers, such as this one, but as I thought more and more there is one image that influenced me even before I knew what RPGs were and it is this… 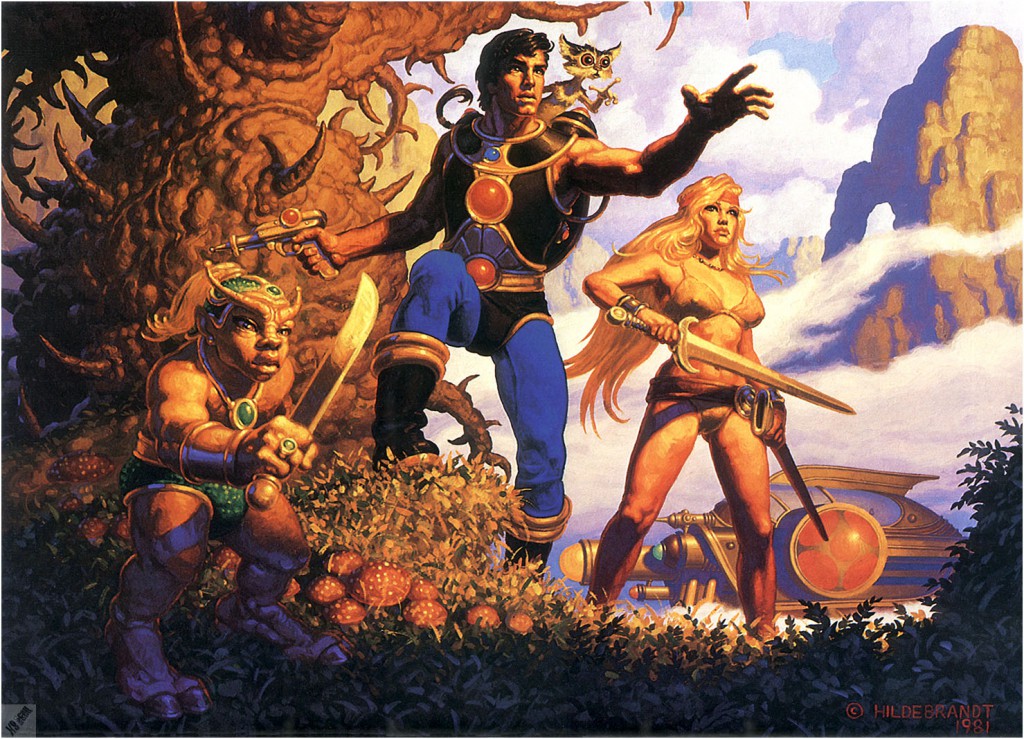 This was an adventuring party ready for whatever challenge may come, even before I knew what that meant. Iit comes from the Hildebrandt Brothers’ 1982 Atlantis Calendar. I was lucky to be exposed to fantasy literature and art from a young age, to play with the AD&D toys, so I was primed to be a gamer from a young age.

When I got this calendar it fired up my imagination. My mastery of the English language was still developing so I did not understand the brief descriptions for each painting fully. I would look at that calendar over and over and come up with different stories each time. This calendar, and specifically that piece had a great influence on my concepts of how to organize an adventure into a story and the events that occur along the way. Challenges, allies, failure and triumph.

If you want to see a collection of all the images, you can look here or here.

Honorary mentions go to another Elmore piece, the cover to the Star Frontiers Boxed Set and to the AD&D Player’s Handbook full page illustration, A paladin in hell, both inspired me greatly as a young gamer! 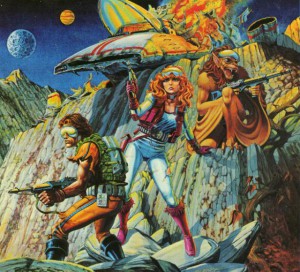 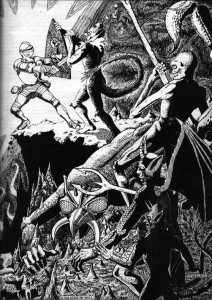 I may need to create a campaign around these images, some planetary romance adventure perhaps…So, what’s your favorite RPG illustration? Let us know below in the comments. Have a great day!

Help the guys from 6d6 Fireball test their Affiliate system!