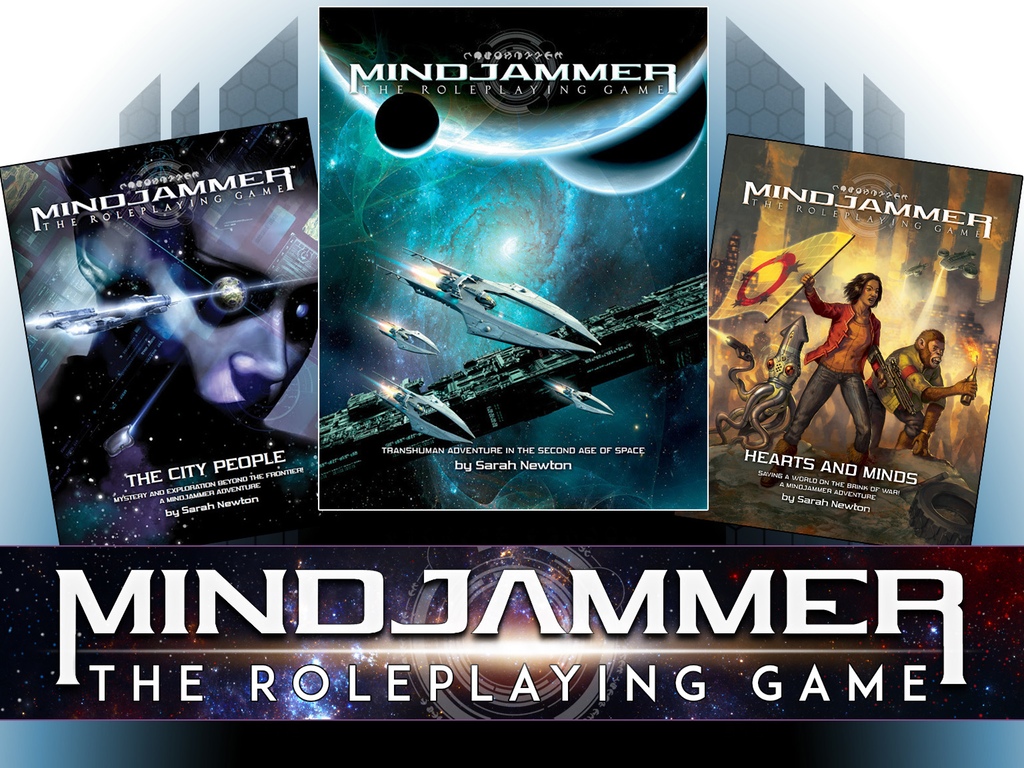 Sarah Newton’s Mindjammer is one of my favorite roleplaying game settings. It’s one of the few transhumanist SF settings which I can wrap my head around. One reason is probably that Sarah’s novel “Mindjammer” is a perfect introduction to this far future world, and a perfect example of how a modern SF novel should be: exciting, cinematic, but also thought-provoking.

The Mindjammer Roleplaying Game, a hardcover book with the full Fate Core rules included, has been out for quite a while now, but Sarah has a lot of exciting ideas for the setting. So she recently started a new Kickstarter which is not only meant to help her fund the release of her latest adventure “The City People” in full-color softback but also as a way to fund future supplement, adventures way into 2016 and beyond.

Within a short few hours the Kickstarter project was funded and eventually reached over 11,000 £ (more than double the initial goal). Stretchgoals include (but are not limited to) a new Mindjammer short stories, maps and handouts for “The City People”, a Mindjammer Player’s Guide, a Mindjammer companion, and even a rulebook that allows you to play in Sarah’s universe using Traveller rules!

If you love Sarah’s work as much as I do, you should definitely give the Kickstarter a look!