If you’re like me, your love for RPGs goes hand in hand with a love for maps. From the first time I read The Hobbit and the Dragonlance series, to when I first opened the original Forgotten Realms boxed set, I’ve been obsessed with maps. My long running homebrewed campaign actually began with a crude map I drew and has grown from there. Through the years I’ve created maps various ways, hand drawn, electronic tools, old school hex maps, but the search for tools to create maps with never ends.

That’s how I came to discover Inkarnate Worlds. Some months ago someone shared their webpage on Facebook and when I gave it a try I was really impressed. They describe their tools on their Facebook page as follows: “Inkarnate is a web app with a video-game-like interface that makes Table Top RPGs easier to play, and more fun.” Their current tool, Worlds, allows you to create truly beautiful maps through a really intuitive and easy to use interface. You can create a free account and begin creating your maps, saving them on their site, I’m really impressed!

A little googling allowed me to find out they began this journey through an unsuccessful Kickstarter Campaign, and despite that obstacle, they soldiered on and currently have this tool available. I sent the team a message and they were kind enough to answer my questions… Then I sat on this interview almost two months! Let me publicly apologize to them.

If you follow me on social media you may be aware that I underwent surgery in early October, then three family members have been sick, two hospitalized more than once. Times have been hectic to say the least, but they seem to be calming down. I’ve recuperated, the family members are doing better, and I owe it to these gentlemen to finally publish the interview. Here we go! 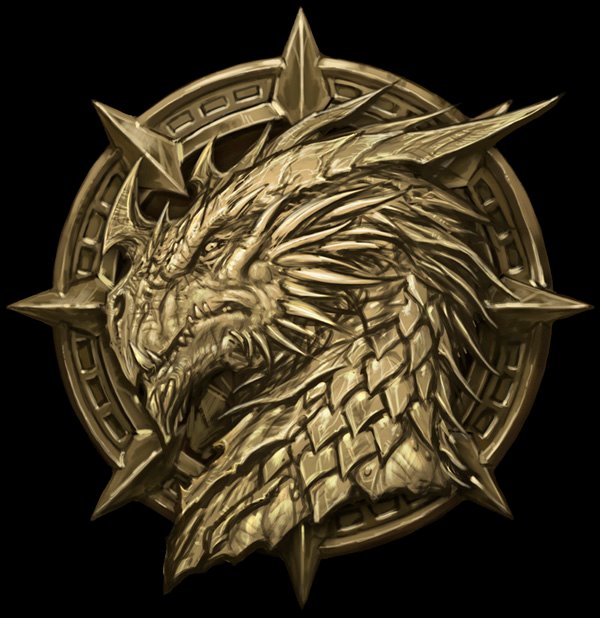 Sunglar: Who is the Inkarnate Entertainment team?

Sunglar: How did the members of the team get into gaming?

Sunglar: I learned that you originally conceived Inkarnate as an RPG Toolset, what motivated you to create this toolset?

Inkarnate Team: We felt that there was a big opportunity to bring tabletop RPGs fully into the digital realm with an integrated suite of tools. We wanted to lower the barrier to entry for new players, reduce the prep time for DMs, and overall streamline the whole playing experience, while making it more visual and fun.

Sunglar: You launched a Kickstarter that did not reach your goal. How did you conception of the toolset changed? How did you decide to concentrate on the map tool?

Inkarnate Team: When we first conceived of Inkarnate, we had a grand vision of an integrated set of tools, and we knew we would need considerable funding to achieve that. After the Kickstarter campaign failed to reach its goal (though we still received a lot of backing support, which motivated us to continue), we decided to scale back and focus on one tool at a time. The end goal hasn’t changed. We just had to scale back the timeline because of limited time and resources.

Sunglar: I am very impressed with what the Inkarnate Worlds tool can accomplish; I realize this is a Beta. What other features do you foresee adding to the tool?

Inkarnate Team: We will continue to iterate and improve on Inkarnate Worlds during the beta and beyond. Some features you can expect in the near future would be object and pattern scaling, undo, and higher resolution maps, along with additional map styles. We would also like to add the ability to link larger maps to smaller subregions, and stitch multiple maps together to form larger ones.

Sunglar: Do you plan on adding other tools after the Inkarnate Worlds?

Sunglar: Can you tell us what the tools may be? Are you revisiting what you had conceived for the Kickstarter or are you going back to the drawing board?

Inkarnate Team: After Worlds, we will be launching Encounters, which will add the ability to map out smaller, encounter scale maps, with annotated encounter information. We also would like to expand on the DM’s ability to record adventure notes within their maps, and eventually we want to add tools for players to create and manage their characters. Beyond that, we don’t want to speculate too much, but again, our goal is still to provide an integrated platform for DMs and players.

Sunglar: In the original Kickstarter you had mentioned that you’d support D&D 3.5 and Pathfinder as your initial rulesets. Are you still thinking of supporting specific rulesets or are you not that far along in the decision making process?

Inkarnate Team: For now, we are “rules-agnostic”, but we may be adding some integration with the Pathfinder ruleset as part of the encounters release, and also possibly later with some of the player-focused tools.

Sunglar: Why do you think the Kickstarter didn’t reach your goals?

Inkarnate Team: There’s probably more than one reason, but our best guess is that it was the combination of a large funding goal, and the fact that we were a new team, with nice demos, but no previous products.

Sunglar: What did you think made your tools different from what’s already available?

Inkarnate Team: We felt that a combination of factors would set our offering apart:

Sunglar: The RPG market has changed somewhat since you launched in 2012; specifically the release of D&D 5e has changed the landscape. Will that change the tools you conceive going forward?

Inkarnate Team: For now, it doesn’t change things as long as we remain “rules-agnostic”.

Sunglar: Once Inkarnate Worlds is no longer in Beta, are you planning on releasing it as a subscription service? Will this be part of a bundle with other tools?

Inkarnate Team: We’re still determining exactly what our paid offerings will look like, and we don’t have specifics just yet. We’ve been continually impressed with the amazing worlds our beta users have created, and it’s just reaffirmed our original notion that the RPG community is full of talented, creative people who just want the right tools, and a platform to bring their ideas to life. We believe there is so much more we can do with Inkarnate to make this a reality, and we absolutely want to grow Inkarnate into a sustainable business, so we can accelerate our progress toward that vision. For now, we want to say thanks to everyone that is participating in our beta. Keep creating beautiful, detailed maps for your campaigns, and let us know how we can improve our tools (we’ve received tons of great feedback so far). We are continuously improving Inkarnate Worlds, and are very excited about the next chapter as well. Stay tuned.

I’ll certainly stay tunes. Thanks again to the Inkarnate team for answering my questions and for their patience. Don’t forget to check out Inkarnate Worlds at inkarnate.com! Here is my very crude first attempt as a map using the tool…

Tomorrow I’ll begin a series of post on, of all topics, Star Wars; because no one on the Internet is doing it! I’m re-watching the movies in preparation for the release of The Force Awakens and I thought I’d do a retrospective series on my impressions from a gamer’s perspective. Hope you’ll join me for it…

What’s better than RPG PDFs? RPG PDFs with a discount!