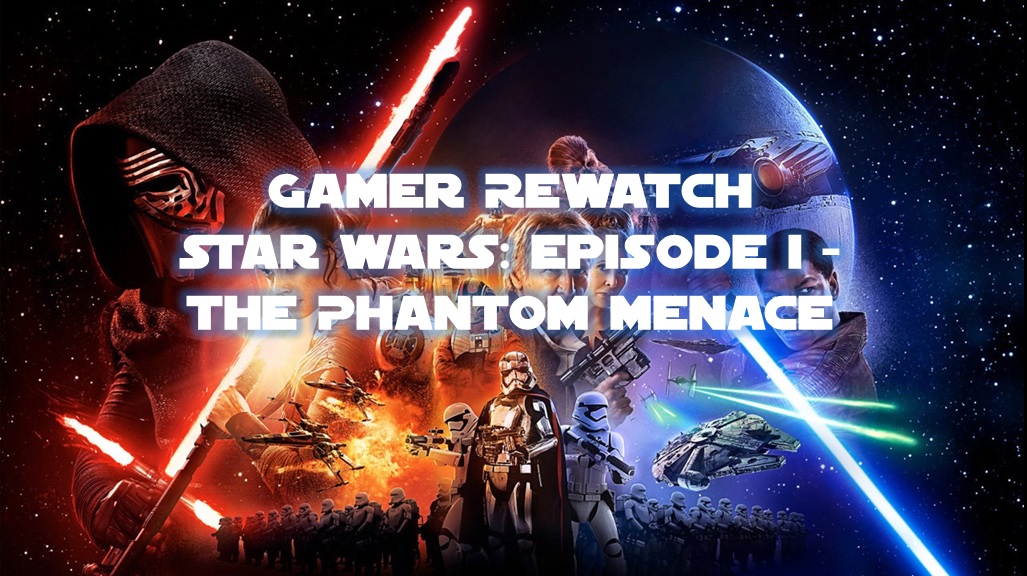 In preparation for Star Wars: Episode VII – The Force Awakens, like almost everybody out there, I’ve decided to re-watch the Star Wars movies once again! The Internet is abuzz with retrospectives, new reviews of the original movies, and so much more. This is my contribution to that great effort!

When Star Wars (before it was Episode IV – A New Hope) came out I was four years old. I Watched in theaters, many times, and I’ve been a fan ever since. As a gamer, part of that experience was the role-playing games, from West End Game’s Star Wars D6 (not called that back then, it was simply Star Wars the RPG), to the Wizards of the Coast versions, to the myriad fan conversions to other systems. I’ve yet to buy the Fantasy Flight Games version, but if they publish a Force Awakens book they may get me to try their funky dice version of the game.

Before I watch the new movie on the 17th (yes we get it a day early in Puerto Rico!) there is a plan in place to see at least all six original films. I’ll be sharing my impression on the re-watch, rom a gamer’s perspective, perhaps offer some insight on what could work for a Star Wars game, and definitely some rambling along the way, we’ll see what comes out of this experiment. Let’s get this started:

So let’s address the elephant in the room… Why did I start with The Phantom Menace? It would have been perfectly fine watching the movies in release order, or the machete order, but finally decided to watch them in the way George Lucas intended, in all their disjointed and revisionist glory! From previous viewings, Phantom Menace was my least favorite of the prequels, figured I would get it out of the way quickly. A sacrifice to Cthulhu so he may grant us our wish that The Force Awakens not suck! 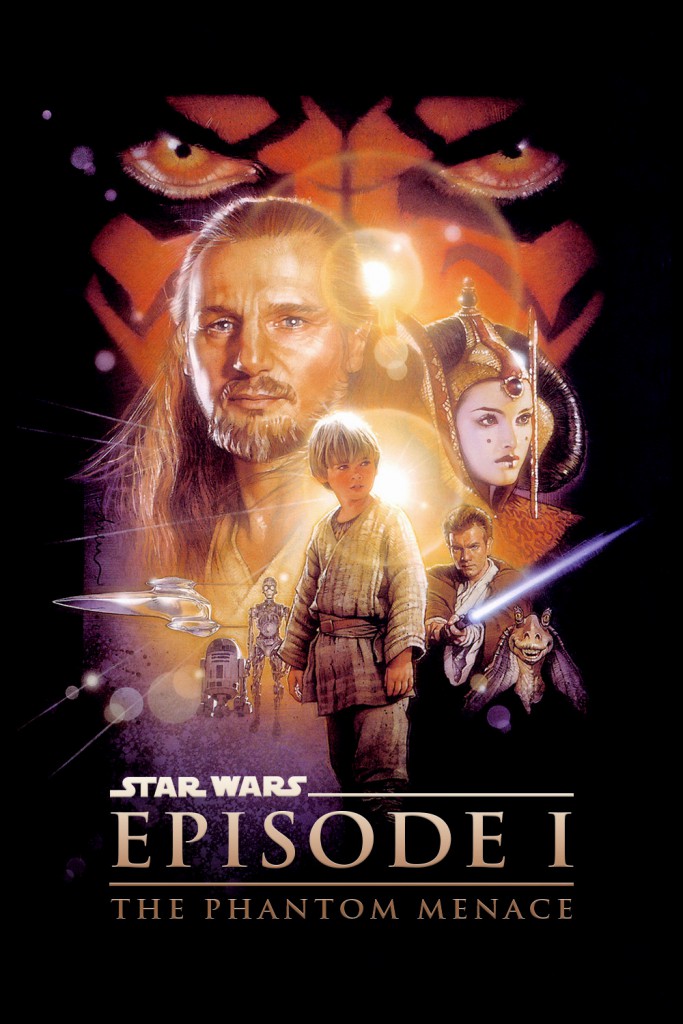 I had not watched The Phantom Menace since around 2005. So what did I think? I enjoyed it much more this time around. Mind you this is not a great movie, it may not even be a good movie, but I had fun watching it. Pretty sure it’s the excitement and expectation for next week, but I caught things on this watching I had not thought about before.

(A brief caveat, I’m trying to watch and analyze each move independently, despite knowing what’s to come in the next instalment.)

Let’s start with the bad. The movie doesn’t look good! I’m watching the digital collection in HD and the special effects look horrible, the CGI and green screen are really jarring. Then there is subpar acting galore! Dialogues are choppy and the movie is obviously marketed to younger audience. There are a lot of elements from the old timey serials and space opera, especially action montages that don’t flow well into each other. As if George Lucas thought, “I was praised the last time around for taking inspiration in the old serials, reinvigorating and reinventing space opera, I’ll do it again!” And then went on to only embrace the less original and most cliché elements of both.

What about the good? Well there were things I never thought about before that could work in the context of a game. For example, the taxation issue mentioned on the opening crawl, I’ve always dismissed it as proof that this is not a fun movie about adventure and heroes. But this time around I wondered who exactly is being taxed? Why? Is it the Trade Federation and are they are blockading Naboo to enact change? Or could this be more complex. The workings of the senate also interested me more this time around. I tend to run very political campaigns and on this watching I wondered about these things…

And this is an element that doesn’t work in a movie, even a two hour plus one, but could work in game. Before you close the browser let me make my point… The political situation, the effects behind the scenes machinations have are elements you can introduce into a game, they can be an effective backdrop to adventure or even a central plot. Because games are not constrained by time like the film, this can be much more central to the story. In the movie it feels rushed, farcical, and while we hear about how the people of Naboo are suffering and about internment camps, it never feels real. The Trade Federation never seems like a real threat, they are bumbling cowards with funny hats.

One thing I did like was that, for the first time, I felt like the Jedi were not everywhere in the galaxy. The way people reacted, as if they had heard about them but never actually encountered one. The fact that Qui-Gon doesn’t try to free Shmi (Anakin’s mother), could be because he knew that two Jedi would not be able to take on the Hutts, that or he is the biggest asshole in the Jedi Order. I’d like to think its option A!

Since the West End Games version of the RPG was published before these movies, Jedi in that system were not as overpowered as in the Wizards of the Coast games. One of the struggles when playing the WotC version is balancing Jedi with other characters and making these consistently overpowered characters face real challenges. During this period in the saga’s history it often seems the Jedi are unstoppable, but in The Phantom Menace they really were on their own. The situations they face in this movie, the broken hyperdrive, no support and being unable to call for help for fear of being found in a distant backwater planet, it means they can’t solve the problems merely with a mind trick and their lightsaber. Heck, when Darth Maul first appears, they retreat! This is definitely not a role-playing game!

Let’s talk about Queen Amidala… The switch with her handmaids doesn’t work in the movie, too obvious, but in a book, or an RPG, where creative narration can obfuscate the facts, it might actually work, and might even be a clever trick! I think such a rouse is actually a great twist to pull on your players.

And what about the ways the aliens speak? From Jar Jar to the Neimoidian (the Trade Federation guys) the accents are terrible. They sound like bad stereotypes. This must be exactly what I sound like when making voices during a game. Ok while having fun with friends, not so much in a blockbuster movie.

As a setting for an RPG game, the situation presented in this movie might be better as a setting that Episode 2 or 3. Here the Jedi seem scattered, not ready for war, and having players slowly discover that the Sith have returned certainly seems more fun that playing generals during a galactic war. At least there is that…

As I sit here typing away, I remember a time when I wasn’t so negative about Episode 1. When it came out I actually had fun upon first watching it, but that had more to do with the excitement of watching a new Star Wars movie after so many years, finally seeing the Jedi in action, but the novelty wore off quickly and I still feel it is the weakest of the six films. Belated Media has a much better version of the films, you should watch What if Star Wars: Episode I was good? If I ever play a Star Wars RPG again, in my headcanon, that’s episode 1.

Ok that’s my gamer rewatch post for Star Wars: Episode I – The Phantom Menace. What did you think about the movie? Did you like it? Did you hate it? Have you used any elements from it in your games? Let us know in the comment!

If you are interested I once tried to run a Star Wars campaign that was MY version of the prequels. I only got through my version of Episode I and blogged about it some years ago. Follow this link to the first post on an eight part series.

So what’s next? Next on the schedule is Attack of the Clones. If everything goes well I’ll post about that either over the weekend or Monday; then Episode III and IV on Saturday, and hopefully Episode V and VI Sunday. I’ll write posts about those as I finish them. Monday a local art gallery / bar will have a marathon showing of the original versions of Episodes IV, V and VI, I’ll let you know how that goes… If I manage to squeeze it in I’ll even watch the Holiday Special. Then there are the comics I haven’t finished, and a couple of episodes of Star Wars Rebels! I’ve got a lot left to do before next Thursday.

So that’s my take of the first of the prequels. I’ll be back tomorrow for Star Wars: Episode II – Attack of the Clones.