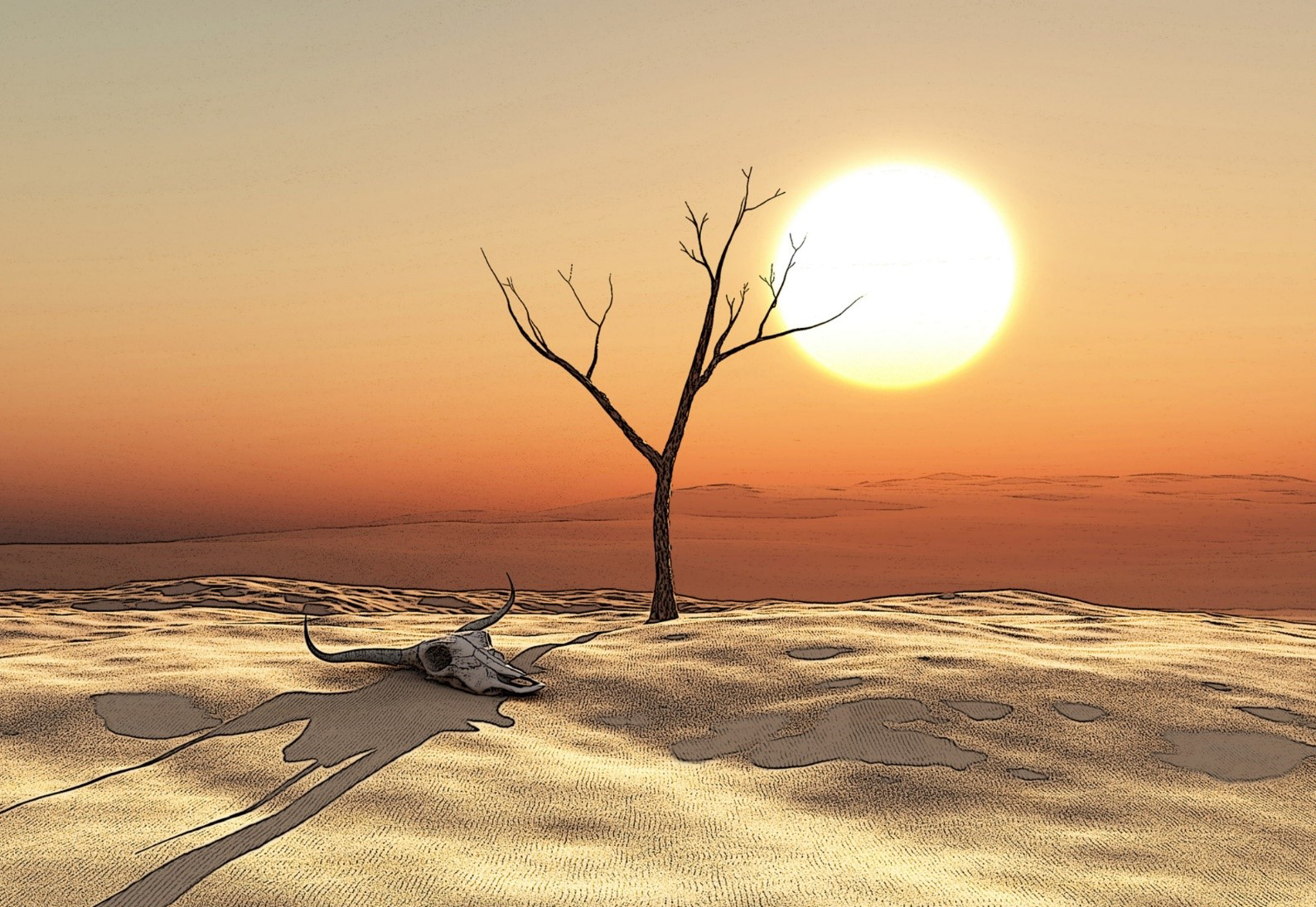 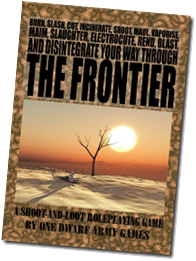 Do you like science fiction? Guns? Action? Games like Borderlands or Destiny? The d20 System? Then The Frontier may be for you. The Frontier by One Dwarf Army is a no-frills 90-paged pen & paper roleplaying game core book inspired by the aforementioned computer games and based on a simplified d20 System which should also appeal to old-school fans. Disclaimer: This first look is based on a complementary copy provided by the author. Thanks again, George.

The Frontier is definitely not a very beautiful book. It lacks artwork and has a very simple design. But what it lacks in frills it makes up in sheer badassery. The setting is the far-away world of Prometheus, a planet mostly covered in land and rife with opportunities and people to shoot. 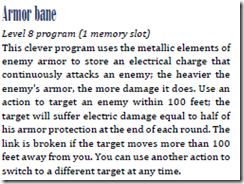 The system has a mixed OSR/d20 System heritage and is very easy to pick up and play if you know anything remotely D&D-related. The classes offered are The Commando, The Shadow, The Wirehead, and The Telepath. The Commando is more or less your standard soldier, while the Shadow is a more roguish type. The Wirehead uses various programs that can even affect their enviroment, while the Telepath has a slew of psychic abilities. Most abilities are combat-based, which is not surprising given the material which inspired The Frontier. I’ve included one of the Wirehead’s programs to the right as an example. 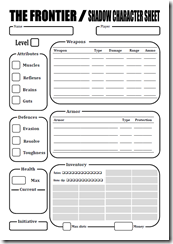 The Gear chapter is definitely where The Frontier shines. There are various kinds of armor, from simple Common Armor to more special suits of armor, like the Asclepius armor, which can heal its user, or the Behemoth, which also protects against various kinds of enviromental damage. The weapon list is not any less impressive. You get stats for everything from a knive to a bazooka. There are of course also special weapons like the Alchemist, which is a shotgun which also causes Acid damage. Fun stuff!

The book also has an extensive section on Enemies which include bandits, mechs, mercenaries and exotic beasts common to Prometheus. The book concludes with an introductionary adventure. Unfortunately there’s no index, but the Table of Contents are fully bookmarked.

Overall The Frontier is an enjoyable read and I am sure its fun to play. The setting is nothing special, but should work great as a backdrop for a short campaign. The game doesn’t look much because of the lack of artwork and simple design, but it rules are solid, and you can easily see that it was a work of love. If you can look beyond the presentation you’re getting a fun little game that should be right up your alley if you enjoy games like the Borderlands series.

The Frontier is avaliabe digitally on RPGNow for the low price of $4.99.