You could argue that I’ve always enjoyed tweaking D&D, from making up new classes in D&D BECMI, to monsters and pantheons in all other editions. One system enjoyed modifying was D20 Modern. I adapted the skill system simplified it, altered the classes. That was fun! 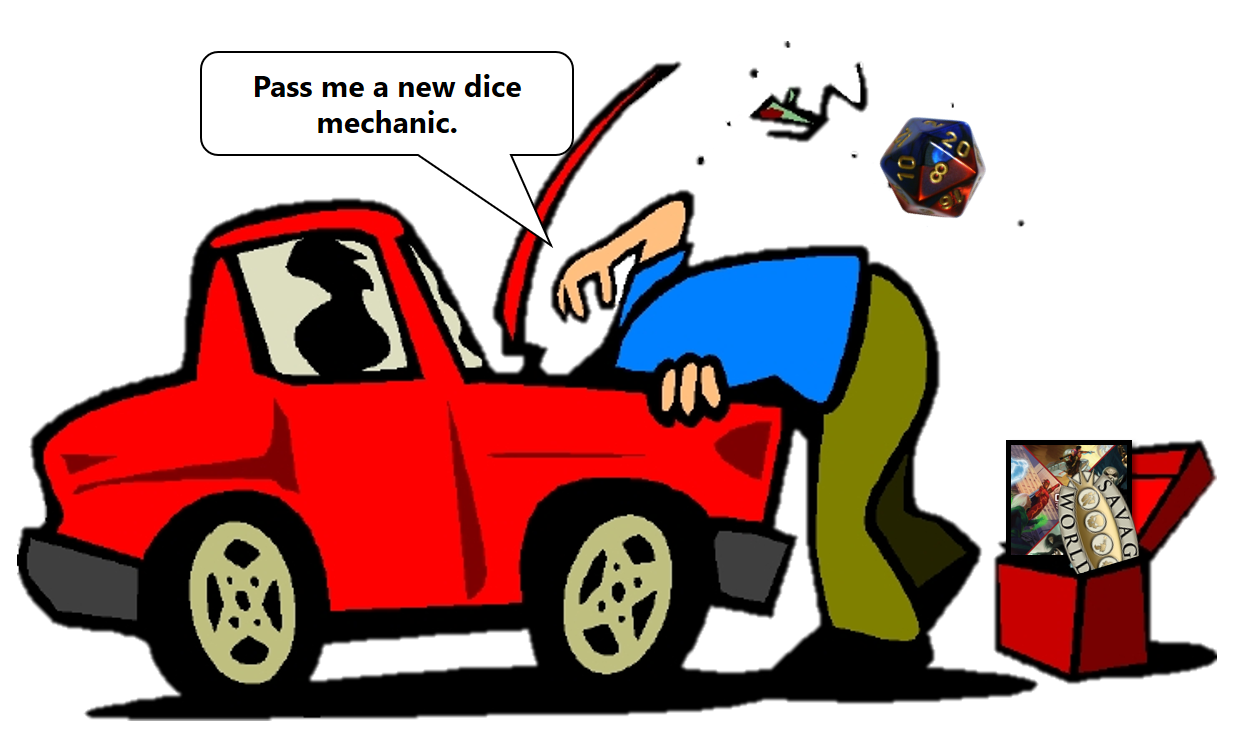 But, the one system I enjoy adapting the most is Savage Worlds. From toying, around with the rules (you can see my house rules document here) to adapting the system to different genres. I had great success with the system for my Wanderers of the Outlands campaign. That’s my pick for today!

An honorable mention goes to the Cypher System. I haven’t played it, but reading it I think it will be a breeze to adapt and it offers a remarkable toolset to work with.

Remember, the team at Desde la Fosa  is posting video replies in Spanish on our YouTube channel to the questions of #RPGaDay2017. We are grateful for your views and your shares!

So, what game do you enjoy adapting the most? Let us know in the comments.