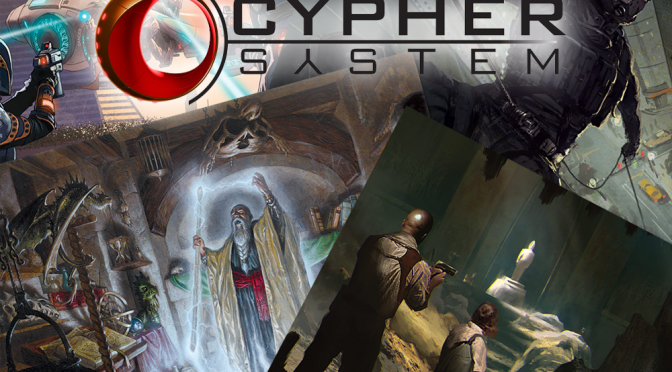 At the time of this writing the Humble RPG Book Bundle: Cypher System and The Strange (quite the mouth-full) is available for another 33 hours or so. I already owned quite a few of the books offered, BUT the included setting books for the Cypher System alone were worth a purchase.

What’s included?
As with many other Humble Bundles there are various tiers. For €1 (or your repective local equivalent) you get the following:

END_OF_DOCUMENT_TOKEN_TO_BE_REPLACED

A while back Monte Cook Games released a revised edition of their Cypher System Rulebook. While the system itself is mostly unchanged from the previous book, its better organized and they added some of the changes introduced into the system by the new Numenera core rules and the Expanded Worlds source book. With 450 pages the new Cypher System Rulebook is a veritable tome of a book. So is this new version worth it or should you stick with the original book?

If you are new to the system, you definitely should get the new edition. You get more material out of the box, there is much more advice on how to tailor the system to your setting, and the organization is better.

The last point is a bit contended in the community though. Abilities have now their own chapter where they are listed alphabetically for easy reference. In the previous book the abilities’ descriptions were given where they were first mentioned. With the new organization character creation might need more flipping through the book, but on the other hand looking up abilities during play become easier. I guess you could just print out a copy of the Abilities chapter (if you have the PDF version of the rules) for easy reference during character creation.

The core rulebook now supports nine genres: fantasy, modern, science fiction, horror, romance, superheroes, post-apocalyptic, fairy tale, and historical. The sections on genres are mostly identical to the ones in the old core book or Expanded Worlds, but in some cases they’ve added new foci or descriptors.

Overall there are many small changes and subtle additions to the system, which might help to make it run more smoothly. I also get the impression that they changed a few things to make it easier to run games in less fantastical settings.

The question remains – is it worth it? I already answered the question for people who are new to the Cypher System above, but what about the “veterans”? This is much harder to answer. The differences between the two books are pretty small and if you already own Expanded Worlds there’s even less reason to pick up the new core book. I recommend you check out the printed book in your local brick & mortar store first (note: it hasn’t been released yet), or you can download the preview PDF from DriveThruRPG or the Monte Cook Games online store.

Even though I love the system, I haven’t run it yet (aside from its Numenera incarnation). The new rulebook has rekindled my excitement for all things Cypher and I hope I can finally put it to use in the near future. I’ll keep you posted! 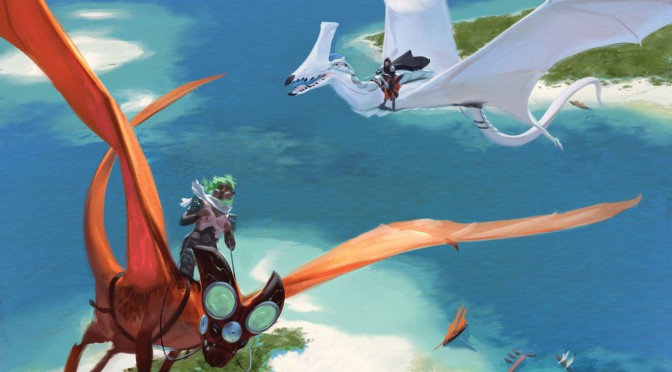 If you always wanted to check out Monte Cook’s Numenera, but shunned the investment, now’s your chance. Monte Cook Games and Humble Bundle have teamed up to bring you a bundle containing $260 worth of Numenera PDFs including the new core books Destiny and Discovery. Even if you already own a couple of the books included it might still be worth it. The first tier sets you back $1 and includes the two core books plus 6 additional products. The highest tier is $15. Of course you can always opt to pay more. As with all Humble Bundles a portion of the money paid goes to a charity of your choice. The bundle is available for 13 more days.