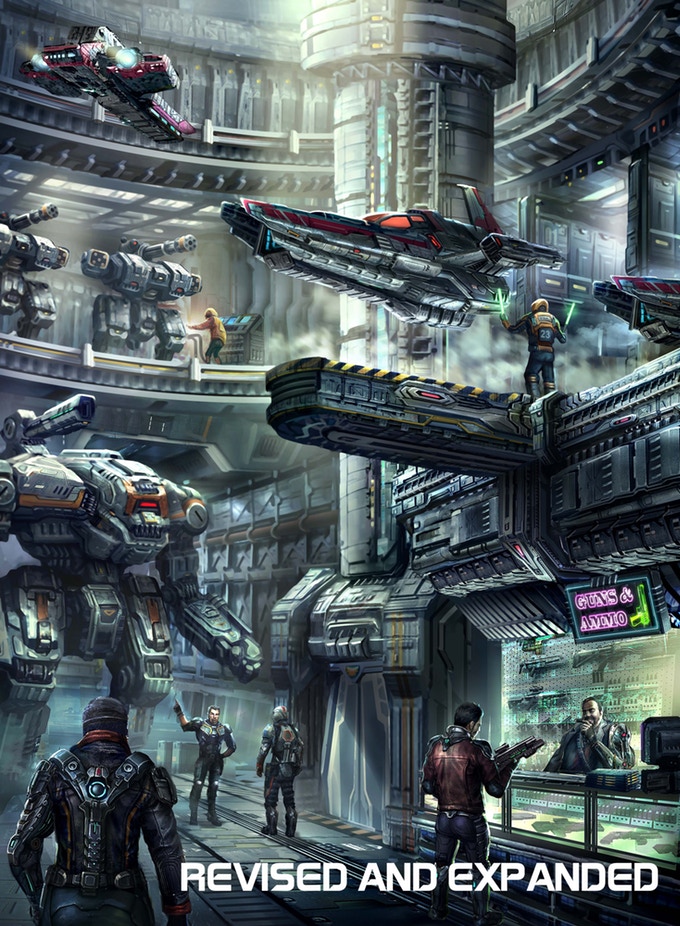 If you haven’t been living under a rock you’ve at least heard of one of his games: Stars Without Number, Silent Legions, Godbound, Other Dust, just to name a few. I first heard about about him when suddenly everyone started to talk about that exciting new (and free!) science fiction roleplaying game, which combined sandbox gaming, with OD&D combat and a Traveller-like skill system. This game was Stars Without Number.

Over the last few years Kevin has successfully kickstarted a couple of games which have two things in common: 1) OD&D-like rules and 2) advice and tables to help the GM to run sandbox campaign. Some of his games also make use of a skill system reminiscent of classic Traveller. On top of that especially the more recent books are just gorgeous and Kevin also made the artwork used available for free and under a CC license as well, so that other small publishers can use it in their own work. Have I mentioned that most (if not all) of his games are also available in a free edition? That means you can basically get the whole game for free, before deciding if the deluxe version is for you. That level of generosity is unprecedented.

One of the main selling points for me is the sandbox advice included in the books. Since I first read about sandbox campaigns I wanted to run one myself, but it always felt like a very daunting task. The GM chapters in SWN, Silent Legions, etc. not only give you advice on how to run the game in general but also gives specific advice on how to run a sandbox. The included tables and rules for factions, etc. make the GM’s job much easier. Suddenly the idea of running a sandbox campaign doesn’t sound that bad anymore.

If you haven’t done so, I recommend you check out Kevin Crawford’s work. He recently successfully kickstarted the revised edition of Stars Without Number which should be out in early 2018. But you can already have a look at the beta version for free. I did mention that Kevin is incredibly generous, didn’t I?

Unfortunately I haven’t really had the chance to either run or play one of his games. This is a real bummer since I enjoy reading his games so much. In my regular gaming group science fiction and post-apoc games are a tough sell, so SWN and Other Dust are probably off the table, but Godbound and especially Silent Legion should be a better fit for my players…