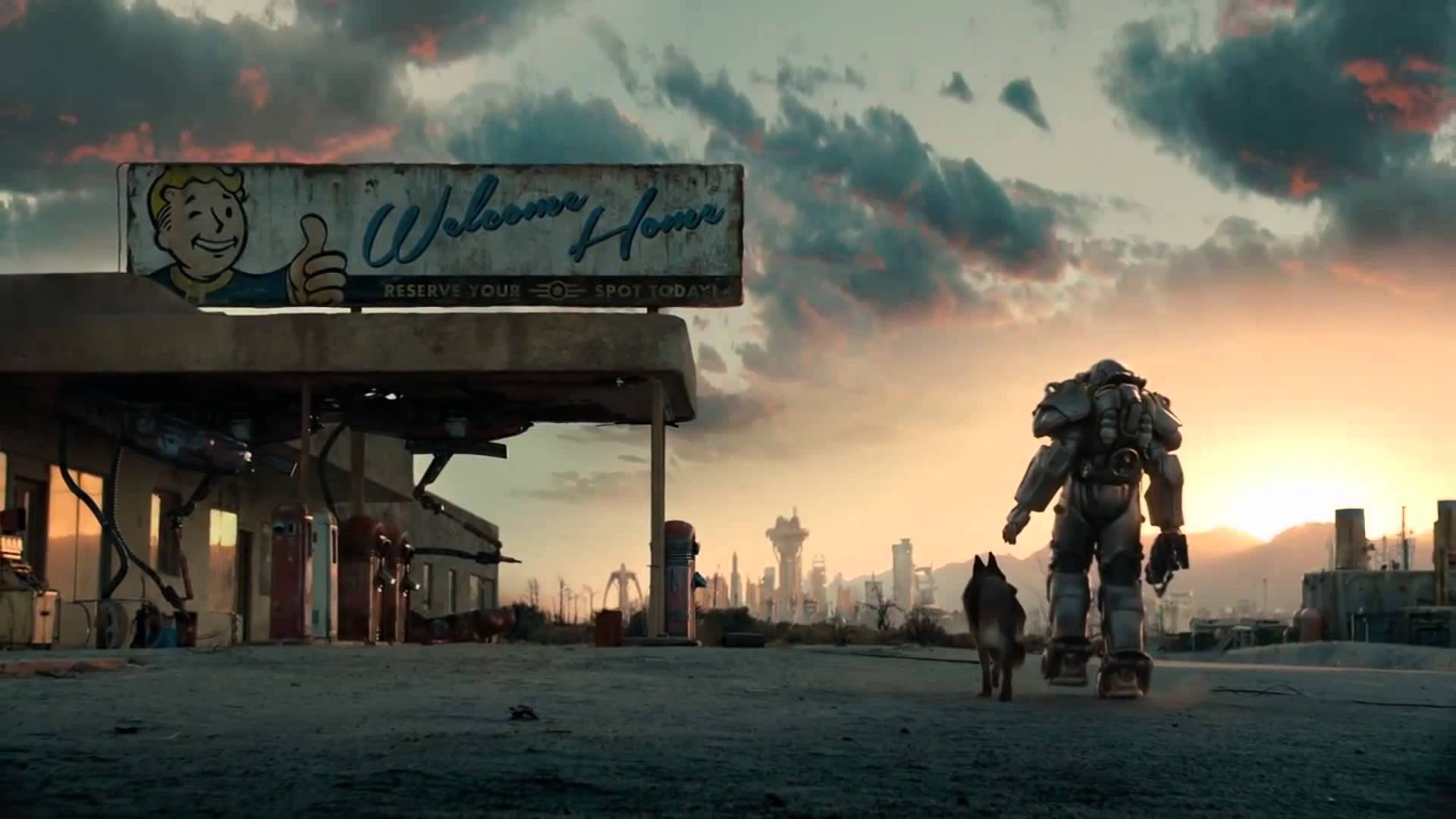 Last weekend I wanted to give Fate another chance. Even though I have given up on Fate several times before, I wasn’t happy with that decision. In theory I love what Fate Core and Fate Accelerated represent. If I just could get into the right mindset, Fate could become one of my go-to games especially because of its endless flexibility.

My players were all fans of the Fallout series, so I decided to run a Fallout one-shot using the Fate Accelerated rules. This is something I’ve actually done before, but last time I replaced Fate Accelerated’s Approaches with Fallout’s S.P.E.C.I.A.L. attributes. This time I decided to use Fate Accelerated basically rules-as-written to make things easier for me. If you’re not 100% comfortable with a system you always should run it RAW instead of writing and using house rules. 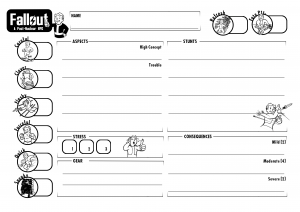 I actually had a lot of fun preparing the game. I created an awesome Fallout-themed character sheet (you can download the PDF here) and made some notes on how to implement weapons, armor, chems, etc. from the video game series using Fate Accelerated rules. Unfortunately I didn’t have as much time as I hoped preparing, so I had to improvise a lot of the adventure.

One thing I noticed is that Approaches work well for active use but things become a bit more muddy, when you’re making passive tests. Often we had a hard time to decide which Action and Approach to use for detecting enemy presence, resisting radiation, or something similar. If you, my dear reader, have any advice, this would be very much appreciated. As I said before, I am still in the process of learning Fate.

Things actually worked great. We didn’t get to try all aspects of the Fate system, but that’s fine. At least noone disliked the system so far and everyone has said that they are open to playing another game using Fate in the future. One thing I noticed is that it’s very handy to have poker chips or something similar to represent Fate points. If you don’t have a physical representation of the FP lying in front of you, you tend to forget to use them, which is vital for Fate to work as it should. Next time I’ll make sure not to make the same blunder again.

But overall I was happy with how things turned out. I’ll definitely run a few more games using Fate Accelerated to get more familiar with it.