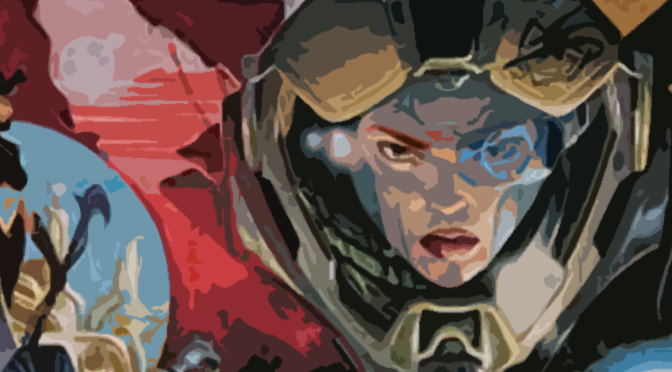 If you are into science fiction and space opera roleplaying games the latest Bundle of Holding may be of interest to you. For about $15 you get everything you need to run a campaign in the collapsed Third Imperium.

The Starter Collection includes the core rulebook, Survival Margin, the World Tamer’s Handbook, Vampire Fleets and the TNE Player’s Forms. If you pay more than the threshold of $26 you also get the Bonus Collection which contains Keepers of the Flame and the Regency Combat Vehicle Guide, Path of Tears, Smash & Grab, the Reformation Coalition Equipment Guide, the Star Vikings character collection, Aliens of the Rim, and last but not least the TNE Referee’s screen.

10% of your payment will be donated to Human Rights Watch. So you’re not only getting a great game, but you’re also donating to a good cause.

TNE is not uncontroversial though. In this edition of the game they ditched the original rules system and replaced it with a version of GDW’s inhouse system. A lot of fans also weren’t that happy with the post-apocalyptic nature of the setting.

But in my opinion TNE is one of the best editions of Traveller. The rules system works pretty well, and the setting solves one of Traveller’s biggest problems: the overwhelming scope and history of the Third Imperium setting. With the New Era GDW basically scraped the slate clean. The focus is on smaller polities trying to survive the aftermath of the rebellion and the threat of the Virus. But if you wished you could always run a more traditional game set into another era after all.

You can learn more about this bundle on the official Bundle of Holding blog.