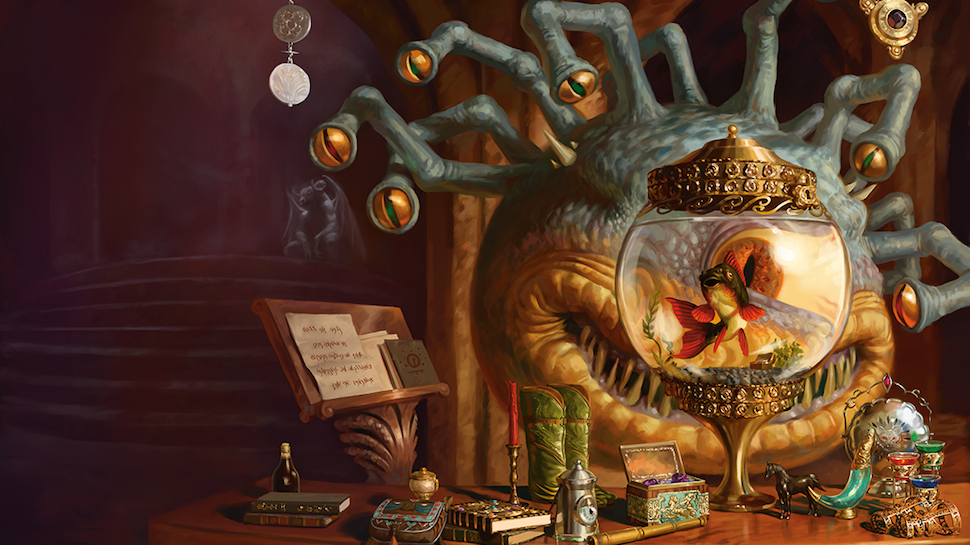 Yesterday evening my players and I met to speak about D&D 5th Edition, the Tal’Dorei setting, and eventually create their characters. I was actually surprised how much thought the players have already put into their characters. Overall everyone was quite excited and pretty quickly everyone had a solid concept for their characters.

We actually didn’t talk that much about Tal’Dorei, but focused more on the mechanical aspects of the game and what races and classes were available for player characters. Initially I planned to restrict the race choices to what was listed in the Tal’Dorei book, but when someone mentioned their interest in playing a Kenku rogue, I decided to allow it. Overall I have decided to give my players much more leeway when it comes to what was available to them. In the past I have probably been a bit to restrictive and in a way too protective of my vision of the campaign, but this time I wanted to be more open to their ideas. And in the end I am sure it will make them much more invested in the game which is a win for all sides.

After about 3 and a half hours of talking, laughing, number crunching, and character planning we had the following lineup: a dragonborn sorcerer, a tiefling wizard, a kenku rogue, a drow warlock, and a tiefling blood hunter. Oh my! Aside from the dragonborn sorcerer, which is lawful good, the others have more “flexible” morals, but I asked them not to make outright evil characters. One player couldn’t make it yesterday because his car broke down on the weekend, so we have another character to create before the party is complete.

At the moment the party doesn’t have a dedicated healer, so I have to be careful not to cause a TPK in the first session, but if we’re careful this shouldn’t be an issue in the long run. We already scheduled the first real session, which means I have now about one month to come up with their first adventure, prepare handouts, and create any maps needed. We agreed to try to schedule a session every month, which is a pretty relaxed pace, which suits me fine at this moment.

We also talked briefly about the tone of the game. With the character choices they already told me they are interested in a rather dark game, which suits me fine, and we also decided that intrigue and politics may be a thing, but definitely not the focus. Aside from that I can basically throw at them what I wish. At this moment I am cautiously optimistic when it comes to this new campaign. A lot of campaigns have failed in the past, or I have burned out way too quickly. But this time, I am way more relaxed and my players seem to be genuinely invested. Things are looking good!