I have a huge collection of roleplaying games. Aside from a lot of books which are scattered all over my house (we even have a bookshelf with roleplaying games in the bathroom next to the toilet – I am not kidding), I own about 60 gigabytes of PDFs which I have put into folders sorted by publisher and sometimes product line.

So there is a Green Ronin folder with sub folders for the various games I own. Stuff I got via bundle deals are in their respective Bundles’ folders and not sorted into the publisher folders. It just helps me to find stuff easier that way. One major problem I have is that I often can’t remember which publisher has released which games (especially when it comes to smaller, more obscure ones). There’s also the issue with publishers like Free League Publishing which also rely on others like in this case Modiphius on publishing services. So do I put all of Free League’s stuff in the Modiphius folder, or do I put them in a Free League one? In that case I decided to do the latter. 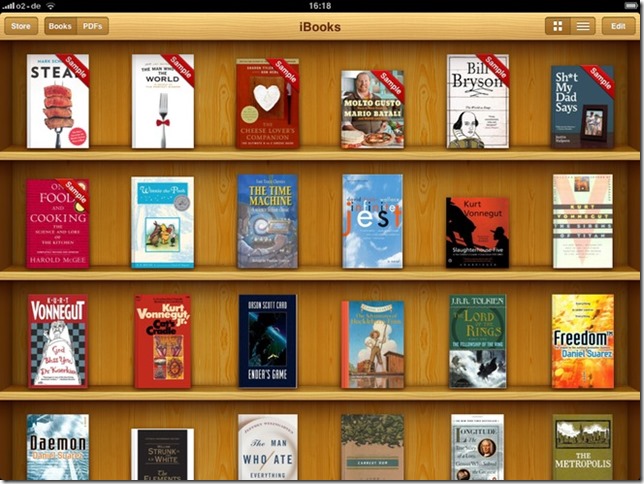 Over the years I have looked for software which could solve this problem. I’d really love to have a software which shows the PDFs as virtual books on a virtual bookshelf, much like iBooks does it. Aside from that the tool should be able to search for books and have a filter. The more I think about it, iBooks sounds like the perfect tool. Unfortunately I don’t use a Mac, so it’s not a viable option. I have tried Calibre but I find it extremely clunky. The other problem is that a lot of RPG products don’t have ISBN numbers. So any database I’d use have to be filled manually. With 60+ gigabytes of PDFs this will take a looooooong time.

How have you solved this issue? Are you using something along the lines of my a-folder-for-every-publisher method, or do you use a proper database app. I’d love to hear about your ideas on how to organize a huge collection of tabletop RPG PDFs, so please share your thoughts below.