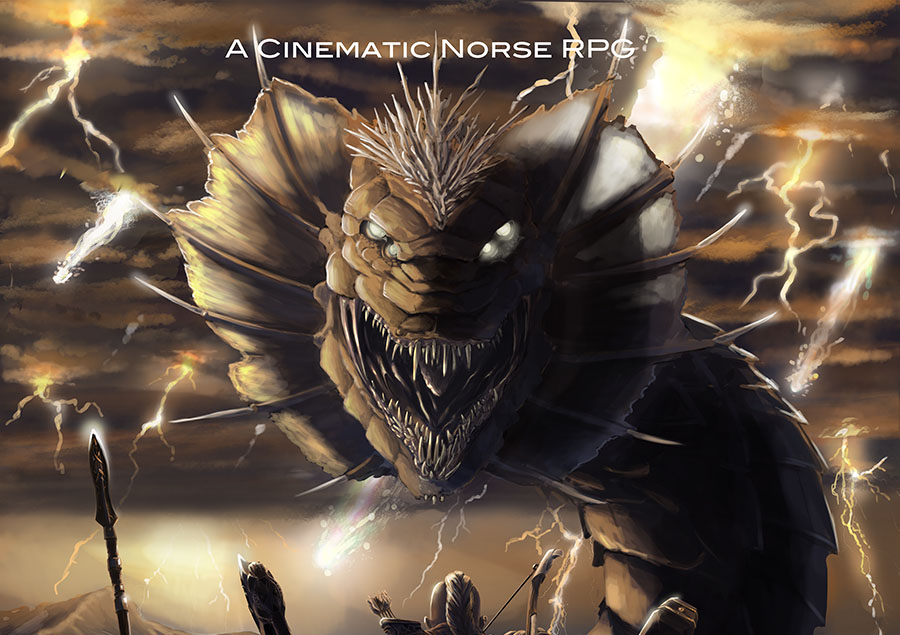 I am lucky enough that in my day job I both work from home and work entirely online. What this means is that I could be pretty much anywhere in the world as long as I can get an internet connection. In practical terms I am a little more limited as it is not just me, there is a Mrs R, two horses, three dogs and a scattering of grown up children and grandchildren.

What I did do recently is move from the far south west of Cornwall, UK to about as far north as you can get in the UK. I am spending seven months living on Shetland. I have swapped Celtic legends and Cornish Giants for Norse myth and legend. This a little bit of an adventure.

And talking of adventures… I have been playing Sagas of Midgard for the past two weeks and I have come to really enjoy the game. The game is very rules light. It has a single rule for resolving everything. The GM sets a target number and the players roll a d100 and add whatever they can to it and try and roll over the target number. It is one of those games where the GM doesn’t roll any dice. Combat is players roll to hit when they attack and they roll to dodge when they are defending.

What appeals the most is that this is a game where the heroes are heroic. D100 systems have a nasty habit of thinking they need to be gritty and realistic. I think it is the fact that a single roll has a hundred options means the designers feel they need to use them all (slight exaggeration).

I found one reference that suggested for a bow, mv is about 20% the weight of an arrow. It may be much higher for a thrown weapon…? Would be good to see some numbers. But my initial impression is that Dan’s approximation of x1.41 (square root of 2) is within the range of x1 to x2 and not unreasonable.”

Really? There is a point at which when dealing with giants and dragons you kind of have to leave the physics behind. Back in Cornwall one of our local giants, Trecobben, could throw a rock the size of a VW Transporter seven miles. I would like to see the calculations for that (not!). Sagas is NOT that sort of game. Sagas is all about the story, heroic action and dying well in battle. There is a great rule called With Joy I Cease which allows the player to trade the death of their character in exchange for delivering a truly heroic blow either killing a normal creature outright or delivering a massive wound to unique creatures. It is better to die honourably with your sword in your hand and enter the halls of Valhalla than to die in your bed as an old man.

All in all Sagas of Midgard is a great little game, fast to learn, simple to play and the core system has loads of potential to expand into other genres due to its sheer simplicity.