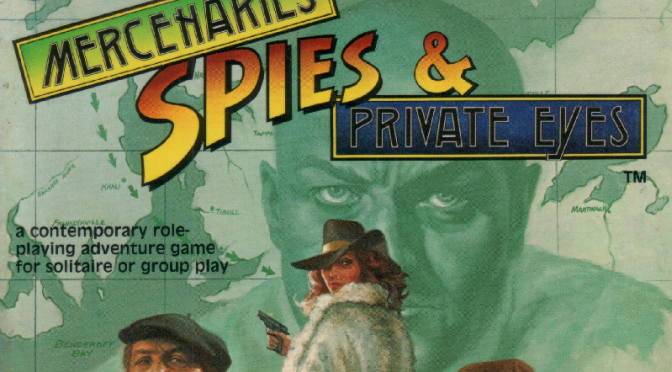 Aside from being a table top roleplaying aficionado, I also love to play computer games of all kinds. Recently I’ve started a couple of games from my youth including Ultima IV, one of the classics from the CRPG genre. Eventually I started working on my own Ultima-inspired game using a LUA framework called LÖVE. If you want to learn more about this project, feel free to check out my other blog.

While researching these games of old and the tricks their programmers used back in the day, I stumbled upon “The Digital Antiquarian”, a very interesting blog about old computer games. If you are into retro gaming or just interested in the history of this hobby, you should definitely check it out.

Especially in the early days of both computer gaming and tabletop roleplaying games there were a few designers who worked in both fields. While reading the Digital Antiquarian’s article about the post-apocalyptic CRPG Wasteland, I learned that Tunnels & Trolls designer Ken St. Andre and Michael Stackpole who is nowadays mostly known for his various novels worked on that game. In fact the mechanics in Wasteland were based on Mercenaries, Spies and Private Eyes (aka MSPE) which was actually based on St. Andre’s Tunnels & Trolls. 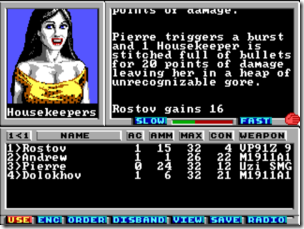 As an avid collector of roleplaying games I immediately picked up a copy on DriveThruRPG. The 117-paged PDF is a scan of the 1983 rules and looks pretty nice. I haven’t had the time yet to read it thoroughly but it looks quite intriguing. Since it’s based on T&T the mechanics are pretty lightweight, even though skills and modern firearms are added to the basic T&T formula. Reading the game is definitely worth is, especially if you are not only interested in playing the games but also learning a bit about the history of roleplaying games. And for a 1980’s roleplaying game it actually doesn’t look that outdated.

Curiously there never was a Wasteland sourcebook for the Mercenaries, Spies and Private Eyes game, or at least none that I know off. I am pretty sure a lot of fans of the computer game would have eventually liked to continue their characters’ exploits at the game table. But I guess the fact that Electronic Arts owned the intellectual rights to the game back in the day, made this impossible. Luckily nothing prevents us to use the MSPE rules and adapt it for the wastelands of the South Western USA ourselves. 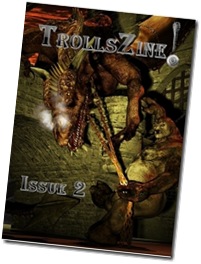 Issue 2 of TrollsZine, the new Tunnels & Trolls magazine has been recently released on Lulu. The free magazine is available at Lulu and this issue not only features a full-color cover but it’s also a whopping 92 pages long!

The content is definitely top-notch and there’s a lot of stuff that any fan of T&T can put to good use, but I am not too fond of the layout. I would have preferred a more magazine-like look. But perhaps they are trying to retain that old-school feel in layout, too.

But aside from that minor issue, I very much enjoyed leafing through the new issue of TrollsZine. As soon as I have time, I will make sure I read it from cover to cover. I can wholeheartedly recommend the magazine to all fans of T&T in particular and Old School Gaming in General. It’s definitely worth your time! 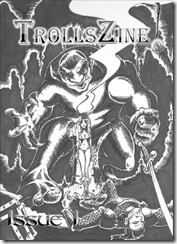 Dan Prentice just informed a about the cool new Tunnels & Troll magazine called “TrollsZine” that he is publishing together with Kevin Bracey. Issue #1 has been released yesterday and the 57-paged PDF is available for free from RPGNow. Here’s the blurb from the product page:

TrollsZine is a new magazine created by and for fans of Tunnels and Trolls. Issue 1 has all new material and includes a short solo adventure, new magic items, The Troll Chefs Cookbook, original fiction, articles on T&T stunts, the dice issue, running T&T solos with other systems and a number of locations for the busy Games Master to use in their campaign. Ken St Andre has contributed a piece and there is art by Jeff Freels, ME Volmar, Chad Thorson, Kevin Bracey, Alex Cook and Mike Hill.

I have leafed through the PDF and the magazine definitely is a work of love. It contains a lot of cool stuff that any T&T player or GM can put to good use and it has a certain old-school charm to it, which is a good thing in my book. If you are a fan of T&T you definitely should check this new magazine out!