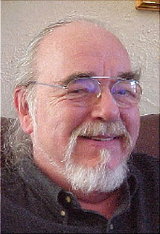 Today it’s the first anniversary of the Gary Gygax’ passing. UncleBear is hosting a one-day Blog Memorial dedicated to Gary Gygax today, and this is my contribution.

I have to admit that I never played the original D&D and I hated AD&D 2nd Edition with a passion. When I was younger, I didn’t know who this Gary Gygax guy was, and I was pretty sure that this was no big loss. But the more I thought about roleplaying in general I realized that people like Gary Gygax were the pioneers of our hobby. Without him (and Dave Arneson of course) we would probably never have experienced all the joys of fantasy roleplaying.

In my early years at the university I made contact with Dragon magazine and when 3rd Edition was announced I started buying it on a regular basis. And one of my favorite columns in Dragon magazine at this time was Gary Gygax’ “Up on a Soapbox“. And I loved it. And I immediately understood that Gary Gygax is not just this weird American guy who designed those old D&D games (which I didn’t really like) but he was truely one of us. And the more I read about him, I realize what a great guy he must have been.

Gary Gygax, I never knew thee, and I wish I had!