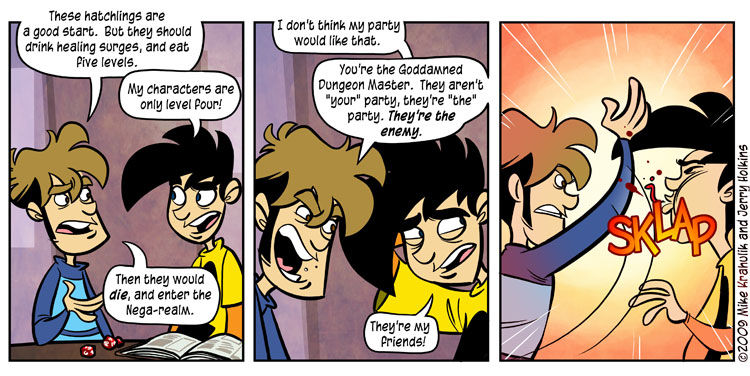 I have been running roleplaying games as a GM for many years now and especially in my early years I was known to be much to nice to my players. They never feared anything because they were sure that I would always pull something out of my hat to save them in the end. I was wrong and many games were without any challenge which could easily lead to player boredom.

I was probably the anti-thesis of the “Evil GM” who always throws rocks in the players’ path and tries to crush them at every opportunity. A game run by such kind of game master is probably much more challenging but it is not necessarily more fun. When the players constantly fail despite their best efforts they are probably losing interest in the game.

In my opinion balance is the key: challenge the player, show them their weaknesses, let them lose once in a while but also support the party when necessary, help them drive the story and let them be the heroes. The game should be fun for all players after all!

Too many games, too little time…