Vin Diesel is one of the few celebreties who has openly talked about his love for D&D. Our fellow RPG bloggers have already posted about this and today Penny Arcade has a new D&D-themed comic featuring Vin Diesel! 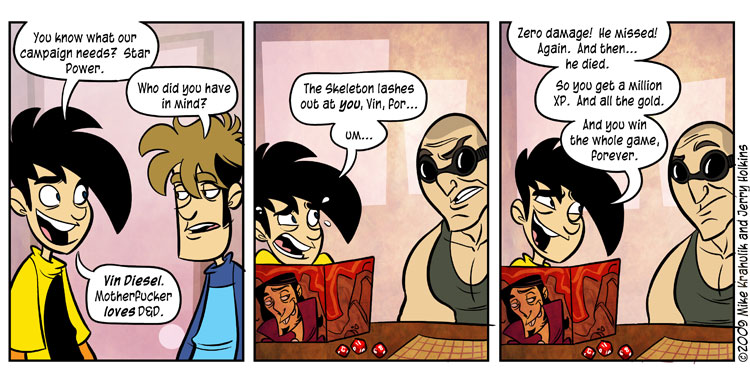 That reminds me, wasn’t there some talk about a new Riddick movie?