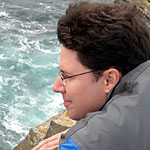 I am Sven and I am one of the new contributors that Stargazer took aboard. I feel that it is only appropriate, that I tell you a little about myself.

Let’s start with a shocking revelation:
I haven’t played a pen&paper RPG for about five years!
“So what’s that guy doing here??” you might ask. I’ll come to that in a minute.

Of course I am no stranger to roleplaying games and I have played lots of RPGs in my late teens and early twenties. Actualy I was a member of Stargazer’s gaming group back then and we enjoyed many sessions together. I started with Warhammer Fantasy Roleplay, which to this day remains my favorite. But I also played (and partialy GMed) Star Wars D6, Vampire: The Masquerade, Werewolf: The Apocalypse and AD&D – just to name a few.
As many of you will have experienced themselves, after people leave school, many gaming groups just fall apart. Some players move away to university, some completely lose their interest in gaming, others prefer to spend more time with their signifcant other and most people just have less and less time to commit to a hobby like roleplaying.
I am one of those people: After I moved away, it became harder and harder to arrange gaming with my old group. At the same time I just didn’t find a lot of interesting roleplayers in Frankfurt, where I live now. The few times I managed to join another group here, I just didn’t get the same enjoyment from it, as I had with my old gaming buddies. At the same time, my girlfriend never really “got” roleplaying – she tried it a few times, but she just doesn’t like it. So after a few unsuccessful tries to get into groups at my new location, I slowly gave up on roleplaying.
That didn’t mean I quit the gaming hobby altogether: I love boardgames. When I was a kid I always bugged my parents to play Monopoly with me and my first kind of “geeky” gaming was the Battletech boardgame – even before roleplaying. So boardgaming became my replacement drug: It doesn’t require as much preperation as a roleplaying session, you are more flexible with the number of players and it is often easier to find players. The top reason: My SO also likes boardgames.

So coming back to the question, what I want to do here:

I want to be your correspondent on the planar side of gaming. I know, that many roleplayers also enjoy boardgames – just as there are many hardcore boardgamers, who are ex-roleplayers like me.
I would like to introduce you to interesting boardgames, that you might have missed otherwise and of course I will focus on games, that I feel should be especialy appealing to roleplayers: Games, that generaly have a strong theme (often Fantasy or SciFi).
And don’t worry: I will not flood the blog with lots of postings on boardgames – Stargazer’s World is a Blog about RPGs and I just want to add an outlook on another aspect of the gaming hobby.

So…to get a bit of a feel for my audience here: Do you even play boardgames? What are your favorites? What was your worst boardgaming experience? What kind of games are you most interested in?