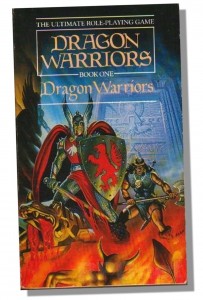 Monte Cook’s New Game will be Weird – With a Capital W.