Like a mailroom clerk with dreams of greatness, of getting that corner office with a view, I too picked up a gaming book long ago and embarked on this journey we call role playing games! Back in 1986 I began playing and since no one wanted to be the Game Master the responsibility fell on my shoulders and I have not looked back.

All this soul searching came about as a result of Questing GM’s Blog Carnival Topic: How to be a better GM? The Blog Carnival originated in the RPG Bloggers Network and now that Michael has so gracefully allowed me to post in this blog I figured the least I can do is add my contribution to the carnival. So here I go…

In all the time I’ve been playing RPGs there are many lessons I’ve learned. But I think the single best piece of advice I can give any DM, new or old, green or experienced, is be CONSISTENT. And I don’t mean just be consistent with your rulings, know your system of choice well enough to know when to make a ruling or when to say we’ll look it up after the game and keep things flowing. That’s not enough; NO I mean consistency beyond that. I mean be dependable, be reliable, and be constant.

My current gaming group has been playing once a week, with the occasional breaks due to vacations or the holidays once a week since 1993. Of the current six players, three of them have been with the group almost since the beginning. We’ve played various campaigns on the same homebrewed world, with different systems, but somehow we have stuck together and still manage to take out time of our schedules to get together once a week. 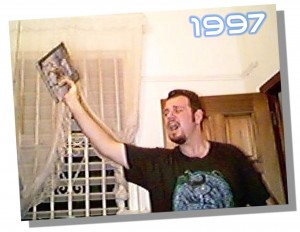 And why is that? I would like to say that it’s all because of my wonderful storytelling, the intricate plots, the dazzling challenges but I think deep down inside it is because we have made a habit of it. We get together and play, last week’s game might have been less than stellar, and sometimes at the end of the night you wonder why you do this, but week after week we come back and try our hand at it once more. In hindsight the fun far outweighs the bad things that seemed so terrible at the moment.

You’ve all heard the common advice given to aspiring writers. WRITE! I really think this also applies to Game Mastering. You have to do it and do it as much and as regularly as you can. Like any creative endeavor there will be trepidation and anxiety, sometimes you’ll feel that the adventure you crafted, the one you thought you had all figured out, was simply ignored by your players who just went off on that two sentence tangent you wrote down as window dressing. It’s easy to get discouraged and just say “Forget it!” and give up. But just like a writer working through writer’s block you need to work through those feelings and come back to the table. 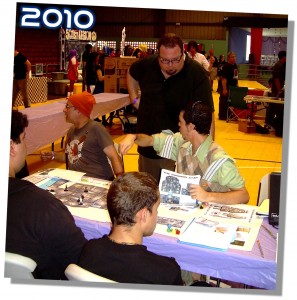 I truly believe that the GM is not merely a rules arbiter and a facilitator of group storytelling The GM is the glue of a group, the driving force and many times the reason groups stick together. Being a GM is equal part coach, cheerleader and strict parent with a dash of event coordinator thrown in!

Despite all this attempts at being funny, let me give you one solid piece of advice. Be realistic and consider how often you can play, be it weekly, every other week, once a month, whatever. Doesn’t matter if this is a real life game, or a Play by Post, Play by e-mail or online. Set the date, invite people and stick to it. Not everybody will come at first, some of the initial group you invite will drop out, some game sessions it will be you and one player, but play anyway. Don’t get discouraged. Eventually people will realize that you are serious about this and you will attract like minded individuals who share your dedication and commitment to the game.

A good GM is hard to find, and a big part of being good is being consistent…

Thanks to Questing GM’s for hosting the Blog Carnival and giving me a reason to write this little rant. Hope it’s useful to some of you! Let us know how you think we can all be better GMs. Participate in the Carnival.

PS- If you remember the movie the title and first lines of this post refer to, well you might just be as old as me! For our younger readers it’s all about the movie Secret of my Success with Michael J. Fox, a 1987 cinematic masterpiece. I’ll leave you with the movies entry on the IMDB and the link to the music video by Night Ranger. That was the music playing as I wrote this post. That may explain a lot!