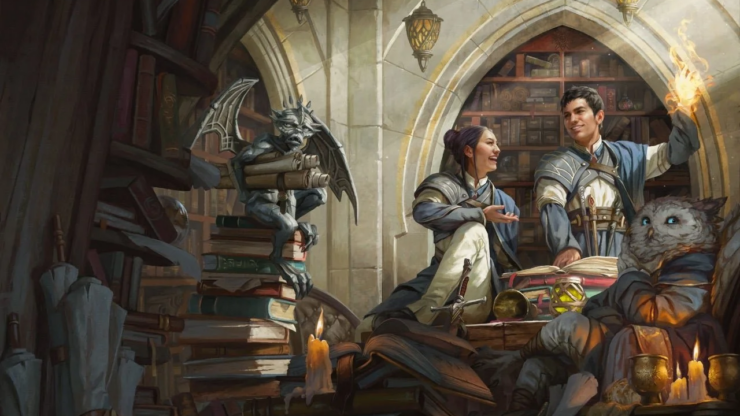 In the last few days I have been thinking long and hard about my current gaming struggles and my obvious inability to make up my mind. In the last months I have considered running multiple OSR games but in the end I shelved all my plans. I even considered writing my own rules. And we all know how well this will go. As you can probably imagine this is a pretty frustrating situation.

I really want to be able to run games again and I constantly run into the same issues. This is made worse by the fact that it’s hard to convince my potential players to invest into every exciting and new game I happen to stumble upon. But I remember that it was pretty easy to get everyone on board when I suggested we play Dungeons & Dragons 5th Edition. Unfortunately I made a total mess out of things back then, bit off more than I could chew, and eventually cancelled the whole thing.

Why am I now considering to give the game another chance? First and foremost it is – undoubtedly – the most popular and well-supported RPG out there right now. Secondly I played Curse of Strahd for about three years and currently feel much more confident when it comes to the rules. Lastly there’s a lot of material out there for 5th Edition: new classes, new monsters, exciting settings, adventures. There’s a lot to pick and choose from which might help me to find a combination I am comfortable with.

I am also intrigued by WotC’s plans to make some serious changes to how D&D depicts humanoid races. I really would love to see where things are going, and running a 5th Edition game at this time sounds almost exciting!