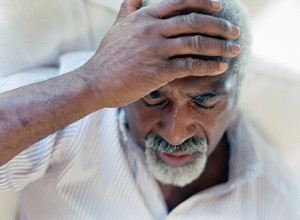 A couple of weeks ago I ran the worst Dungeons & Dragons game of my life!  It was the kind of game that felt like a slow motion train wreck. Something had gone horribly wrong and I didn’t think my players, or myself for that matter, where going to make it through the whole game.  When it was finally all over, I sat back thinking, “I would never play Dungeons & Dragons again.”  I know that sounds dramatic, but that was truly my state of mind at the time.  It was all-in-all a horrible experience.

It started out with everything in my favor.  I had the luxury of time to plan this particular adventure.  Over a month of time to be honest.  All the while I continued to run my weekly game, building up each session to the mother of all climaxes.  I had great traps and monsters designed.  I had help from other Dungeon Masters.  I drew some really great maps on my battlemats.  I was so very much looking forward to this game.  With all the time and effort I had put into it, I could hardly wait for my group to play it.  I knew they where going to have an unbelievably great time!

However, by the end of the encounter, my perfectly planned game with all its wonderful traps and monsters fell apart right before my eyes.  The energy and fun was all sucked out by players questioning the balance of the encounters and debating whether or not it was even a fair game to begin with.  It was all I could do to keep them playing and letting them know there was a light at the end of this very long game.

So how did this happen?
I over planned.  I was to so caught up with making my monsters and NPCs look cool and act cool. I was DMing like it was me vs. the rest of the party.  I forgot something very important about roll playing games – you run a game for everyone to have fun, so everyone can feel important and like a hero.  Sadly, I had let my own ego get in the way.

As a result of this, I was in a self pity funk for the better part of a week after the game.  When I was finally able to pull myself out of it and dust off, I started to think about what I was going to do next.  I have been playing Dungeons & Dragons for over a year now and have almost always had a great time running it.  I was not going to let this one bad game defeat me.  I decided that if I was going to keep playing D&D I needed some help.  I needed to talk with other Dungeon Masters about what I did wrong and how I could avoid it again.  I needed to see what other people where doing online to keep their games fun and exciting.  I needed help and I was not afraid to ask for it.

Dungeon Masters.
I first went to Mike Shea of Sly Flourish. Though I have never actually spoke to Mike before, I have followed his website and twitter posts for sometime now and he seemed like a nice enough guy.  I thought it was worth dropping him an e-mail and seeing what he thought about my recent adventure.  I wrote to Mike with specifics regarding my last game, hopping he could point out how I could have ran things better.  He got back to me with much needed great advice.

Next, I wanted talk to someone who could slap me around a little and explain to me what I did wrong and how I could not just improve, but also make up for it at my next game.  The first man I went to was Capitain Pike.

Captain Pike was the very first Dungeon Master I ever met.  He ran 3.5 games with me and some friends several years ago.  I always had a good time at his games and have sought his advice before when I needed it.  The good caption has always been more then willing to help me out.

Captain Pike’s message to me was one of congratulations followed by discipline.  He pointed out that the reason my party was getting so upset was because bad things where happening to them.  My party had become attached to their characters, so of course they are going to feel hurt and upset if something negative happens to one of their characters, and of course they are going to question if your game is fair and balanced.  Players put a lot of time and effort into their characters.  They have a personal investment in them.

Captain Pike also congratulated me for sticking to my guns and not wavering.

Online
While I was down and out I discovered a new website (to me) called DiceMonkey.  The thing I like about this website is that the main writers are a husband and wife team that remind me of myself and my fiancé.  I went to the very first post on this site and read it all the way through to its current post. One post in particular got my attention over the others.  It was a post regarding a small book titled, Robin’s Laws of Good Game Mastering. 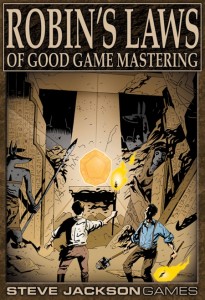 Based on the advice of this post, I picked up a copy of the book from amazon (I now see you can buy a cheaper PDF version) and read it cover to cover the first night I got it.  It’s filled with so much great information that applies to all role playing games.  It really did remind me that we all play role playing games to have a good time. The pages of this book are filled with some great advice on how you can plan an interesting game and a fun encounter for you and your friends.  It reminds me of something I read from a Jeph Lobe interview regarding the Batman: HUSH series he wrote.  He said in this interview something to the effect of, “I try to write stories people want to read and see on the page.  People want to see Batman fight the Joker.  People want to see Batman match wits with the Riddler.  People want to see Batman fight Superman.  So I just give them what they want.”  I think of that quote every time I sit down to plan my next D&D game.  My players want to crawl through dungeons and they want to fight dragons; It’s even in the name of the game we are playing. So I try my best to give them what they want each time.

From this whole experience I have take with me a few hard learned lessons.