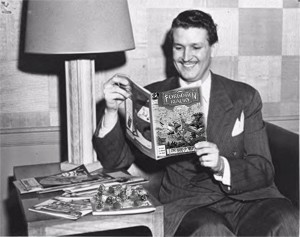 It’s easy to list off the inspiration and influences from literature and movies on role playing games. Historically there are lists and appendixes dedicated just to this. The newly released (and excellent by the way) Pathfinder Game Mastery Guide has an updated version of a similar Appendix in the AD&D 1st Edition Dungeon Master’s Guide. While I can certainly find my influences on this and other lists, there is another influence that is often ignored and that personally had a huge impact of me and my style of game mastering and storytelling, comic books!

For the longest time comic books were my parallel passion alongside RPGs. I actually began reading comics long before I even picked up dice and they were a big influence in my life. Not until recently did I (mostly) give up comic books. I still purchase some trade paperbacks and the only comic I still buy regularly is a game related one, Knights of the Dinner Table.

Through the years the episodic nature of comic book storytelling, the bigger than life characters, the big events, all have colored my style of gaming. The easiest connection to draw is to superhero games, because that genre dominates the comic book industry, but there are others, maybe less known series that have impacted me. Let me share those with you… 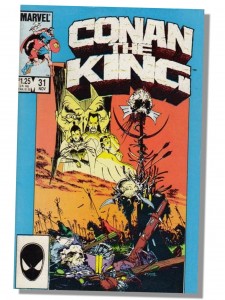 As a predominantly fantasy RPG gamer it must come as no surprise that some fantasy comic books appear on this list. Perhaps the best known fantasy comic is Conan, formerly published by Marvel Comics and currently by Dark Horse. Conan the Barbarian and Savage Sword of Conan are probably the best known, but I must admit that Conan the King and Red Sonja were a much bigger influences. The nuances and details of Conan and his family while he is King of Aquilonia and the strong female portrayed in Red Sonja made their way to my games via different NPCS and plots. I even based an important NPC on my long running D&D campaign on Sonja.

Long before I even read Michael Moorcock I discovered Elric in comic books. My first contact with the albino king was a comic book adaptation and for some reason I still associate him with the medium. The art on those books really fired up my imagination.

DC comics had some excellent sword and sorcery series in the 80s, Warlord and Arion Lord of Atlantis, while being part of the larger DC universe had excellent stories set in a decidedly fantasy milieu. One of the first comic books I ever purchased was the first issue of the mini-series Conquerors of the Barren Earth and while it’s tone and context classify it more as a sci-fi series its characters and situations had a big impact on my fantasy games. 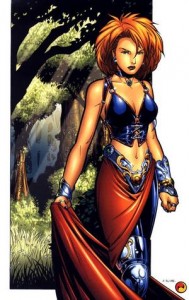 More recently CrossGen Comics had some excellent fantasy themed series. While many had a science-fantasy feel, there were some true gems among the comics they published. Scion had some memorable characters and art was beautiful. It touched on issues of racial relations that I can see echoed in the way some of the humanoid races relate to adventurers. Have you ever had the hypothetical conversation about how a Paladin deals with the goblin tribe females and children… Well I had a Paladin in AD&D 1st edition that actually protected some goblins and their young and relocated them to the wilds were they would not threaten any humans and they could live free.

Sojourn was a more traditional fantasy story, in a world were the bad guys won! Greg Land’s art was breathtaking but the controversy surrounding his supposed copying of pictures and models for reference might have marred his reputation and hurt the public perception of the comic. Still the series had some excellent characters and a great blue print for a storyline where the characters are fighting an all powerful adversary. I have never played many Asian themed RPGs but my fantasy world has an Asian inspired region, so two CossGen comics were a great source of ideas The Path and Way of the Ray. 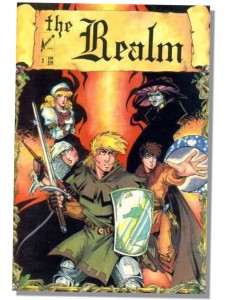 But of all the fantasy comics the one that inspired me the most was The Realm… Don’t worry; don’t feel bad if you’ve never heard about it. It was a short series originally published by Caliber comics and featuring the art of Guy Davis, of BPRD fame. The conceit was clichéd enough, young people from our world get transported to a fantasy world, but once they get there, the stories picked up and truly captured my imagination. The maps, the characters, the conflict, the villain, it’s still amazing when I look back and realize how much this series influenced my world building and themes in my campaign. The series is available via DriveThru Comics, the later issues are less satisfying and I realize now it might have been formulaic, but to a young impressionable reader they were an endless source of inspiration.

When compared with fantasy RPGs, I’ve played less sci-fi games, but still my second longest running campaign was a Star Frontiers game that lasted from high school to college. That campaign was full of comic book references and inspiration; many NPCs were based on characters from the comics I was reading. That’s not to say they were one and the same, but their personalities and looks were definitely taken from the comics. I even had some characters that looked like the X-Men pop up and it became a sort of a running joke whether these were the actual X-men. The players were always looking for proof and I played with their expectations. Ultimately they were not. 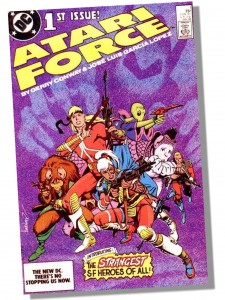 Another BIG influence on my Star Frontiers campaign was the Atari Force comic book. Originally a series of free mini-comics bundled with Atari cartridges, and one of the first graphic Novels by DC comics Star Raiders, the comic book series explored the lives of Martin Champion, one of the titular characters in the mini-comics and the descendants of the other protagonists. It was a short lived series but in my opinion one of the best sci-fi comic books ever published. I used some of the cast and organizations from the comic books in my campaign, without even changing their names. If you are interested in trying out the Star Frontiers rules in a previous post I included a link were you can download them.

Another sci-fi comic book I list among my influences is Hammerlocke. This is a different beast that Atari Force. Set in the near future and mixing sci-fi with superheroics, it has to do with a space elevator to earth’s orbit and the conflict it creates. I was amazed by the comic, its characters and the story. I must admit to not having read it in many years, so I don’t know if I am seeing it through rose colored glasses. 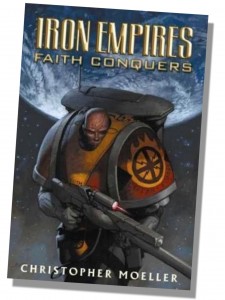 The two Iron Empires series by Christopher Moeller influenced my later sci-fi games and a campaign I originally created for Alternity and then adapted to the dX system. If you are interested there is a role playing game adaptation of the setting using the Burning Wheel rule system called Burning Empires. I own the book but must admit to never having been able to read through it.

The Camelot 3000 series gave me a glimpse on how a classic can be adapted to a sci-fi setting, a useful tool I’ve put to good use in countless games. In recent years the CrossGen series Negation told the story of a rag tag band of characters brought together from different worlds trying to survive under the yoke of a galactic despot, a truly entertaining series that sadly was cancelled without a proper ending.

This is perhaps the easiest list to write, but at the same time the one that causes the most turmoil for me. I’ve read so many great superhero stories and my l likes and dislikes have changed so much over the years that pinning down a definite list becomes dangerous. Let’s just list some of the greatest influences and leave it at that. 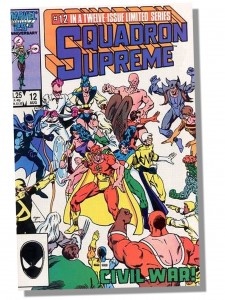 The Squadron Supreme series by Mark Grunewald gave me a taste of what could happen when superheroes decide they need to run the world in order to protect us. A concept also presented in Kingdom Come in much greater detail and illustrated by the talented Alex Ross. An excellent idea for a high powered supers campaign.

The Crisis on Infinite Earth and the re-launch of many of DC Comics iconic characters in the late 80s caused and impression that lasts to this day. The classic Chris Claremont X-men stories as well as the Wolfman and Perez Teen Titans showed me the human side of superheroes. I’ve always been a fan of the Avengers, to me the ultimate team book. Grant Morrison’s JLA had a feel of epic adventure taken to the next level in The Authority and the original Ultimates series gave us a dark modern version of the Avengers.

My two favorite superheroes series are Legion of Super Heroes, specially the dark version by Keith Giffen after Crisis on Infinite Earths, and Rom greatest of Spaceknights. That last one may seem like an odd choice, but the complete Rom series is one of he gems (at least for me) of my comic book collection.

When I try to create a four colored super hero campaign all these influence my world creation process.

This is not to say these are the only comics that have inspired my gaming. I’m itching to run a modern Zombie game and The Walking Dead series is a perfect example of how a long term campaign could take place on such a world. Stray Bullets is another series full of characterization and plots to inspire a noir style gaming.

This is just my list, limited and dated. I’m sure the selection shows my age! Younger or older readers will undoubtedly have had different experiences, and the newer generation probably has some other prevalent influences like animation and computer/video games. Some of those also influenced me to a degree… I see another post topic in my future!

Are you a comic reader as well as a role player? What comics have influenced your gaming?

Hit me Magus one more time! (With apologies to Ms. Spears…)